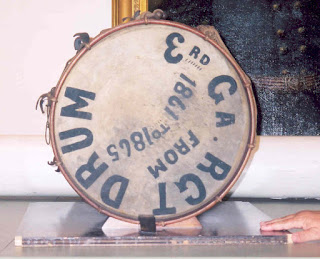 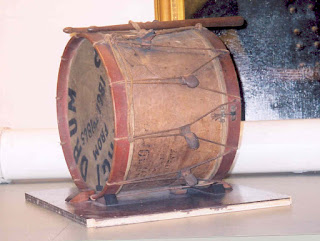 Minor Smith Hobbs, who claimed residence in Greene County, Georgia, enlisted with the Dawson Grays on April 26, 1861 and then enlisted as a private in the Third Georgia Infantry Regiment, Company C. He was wounded at Chancellorsville, Virginia on May 3, 1863. Hobbs was promoted to full corporal 4th class in 1864. He was wounded again on July 30, 1864 at Petersburg, Virginia. Hobbs surrendered at the courthouse in Appomattox, Virginia on April 9, 1865 where he was discharged as a corporal having served the Confederacy with distinguished service.

This kettle drum came to Company C from Greene County when the regiment was first organized in April 1861. Seaborn Barnwell was the first and only regimental drummer. Barnwell beat the calls made for the regiment until the surrender at Appomattox where the drum was hung on the regiment's stacked guns by Barnwell. When it was time to go home, Hobbs was unable to leave the drum and brought it back to Greene County. He kept it for many years before taking the drum to a reunion where he turned it over to Captain William A. Wright. Captain Wright was also a member of the regiment and son of General Ambrose C. Wright, the regiment's first colonel. Captain Wright eventually gave the drum to a survivor's committee to be placed in the Georgia State Capitol where this picture was taken.
Posted by Denise at 7:41 AM