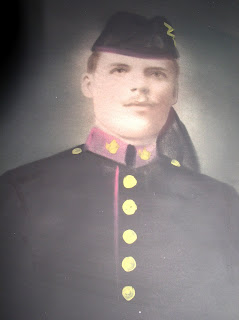 David Athya, the son James Athya and Jemima Durie, was born ca. 1895 in Mossend Lanarkshire, Scotland. In 1901 at age six, he lived in the Dalziel Parrish of North East Lanark with his family. David never married.

David entered the British military as a private in the Second Highland Light Infantry. Records show that he was killed in action during World War I on May 10, 1915 at France & Flanders. Family history was that David most likely died in the second Battle for Ypres standing in a Belgium trench between his brothers, George Durie Athya and Robert Durie Athya. He was awarded the Victory, British War, and 15 Star medals for his service in France. His name is inscribed at the Le Touret Memorial in Pas de Calais, France. 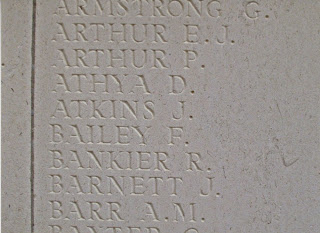