Helen was four years old when the enumerator visited the family home in Washington Township, Westmoreland County, Pennsylvania on June 25, 1900.

On October 24, 1906, Helen’s 18 year old sister Edith, blind as the result of measles, died of typhoid fever at Mercy Hospital. Edith had been a resident of the West Pennsylvania Institute for the Blind for 16 days prior to her death. Edith was buried at Riverview Cemetery in Apollo, Armstrong County, Pennsylvania.

The enumerator visited again on April 26, 1910 when Helen was 14. She and her family lived in Paulton, Washington Township.

At some point in 1911, Helen fell ill from endocarditis, an inflammation of the inner layer of the heart according to Wikipedia. 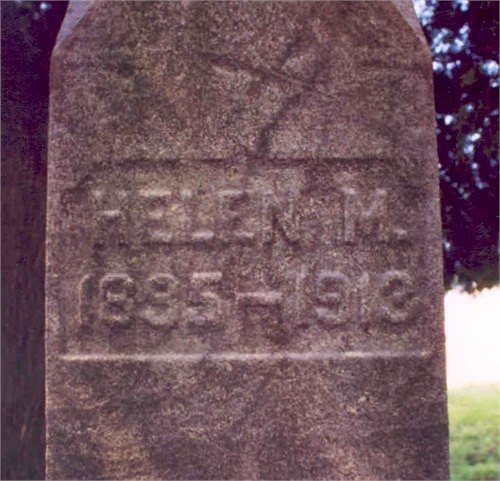 On March 9, 1912, Helen’s father died in Bell Township, Westmoreland County. He was buried at Riverview Cemetery in Apollo.

Sadly, Helen’s life was a short one. She suffered for two years until her death in Paulton on March 18, 1913 at the young age of 17. Helen was buried on March 20, 1913 in the family plot at Apollo’s Riverview Cemetery. She shares a tombstone with her parents and sister Edith. 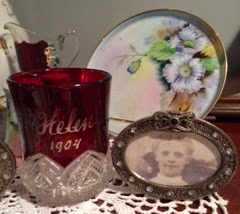 The red glass etched with Helen’s name and the year 1904 shown in the picture was given to me after my mother-in-law died in 2006. I had never seen it before it was given to me but was told by my father-in-law that she wanted me to have it. I was also given a smaller glass that belonged to Helen’s sister, Bertha, my husband’s grandmother. My sister tells me that these glasses were souvenirs from a fair visiting the area and very common in the early 1900s. 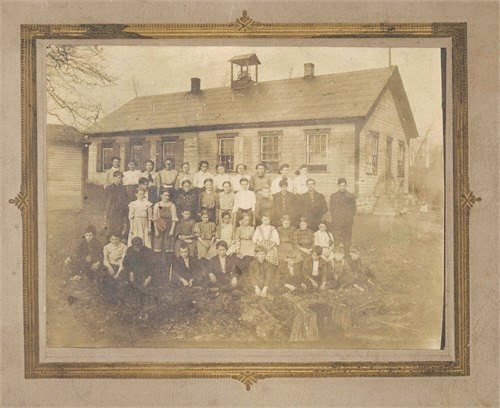