I don’t want to cheat the Murphy side of the family out of its Santa letters so will share three I found in my late mother-in-law’s belongings.

Two are form letters sent from Santa to my husband Charlie and one of his siblings. The one to Charlie was sent via Reindeer Mail and was addressed to Mr. Charles Murphy of Monongah, West Virginia. By the way, the writing looks awfully similar to his Dad’s handwriting.

The third letter was written to Santa by my brother-in-law Pat Murphy. He writes that he’s six years old (although it looks like he wrote an eight first) so the letter would have been written in 1968. It reads:

I feel pretty certain that Santa didn’t bring him everything he wanted that year! 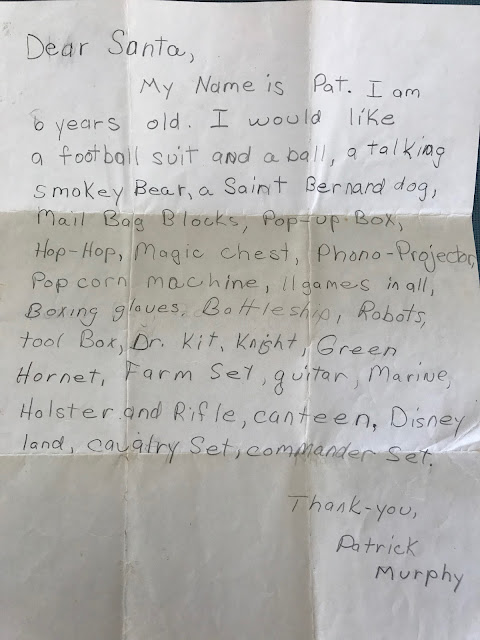 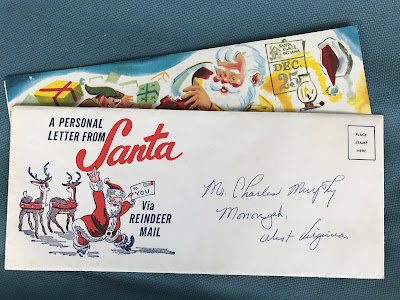 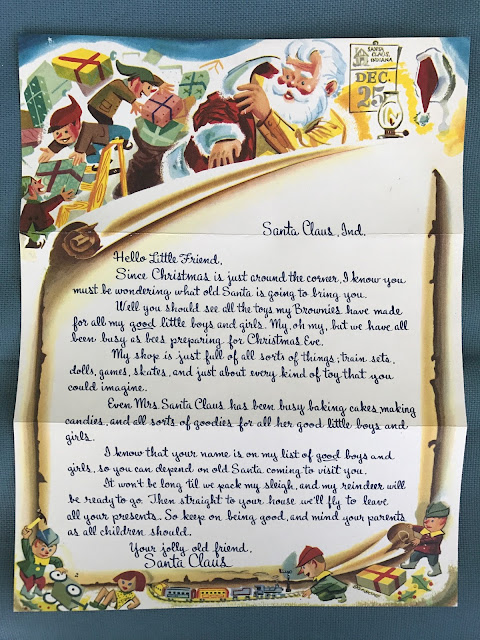 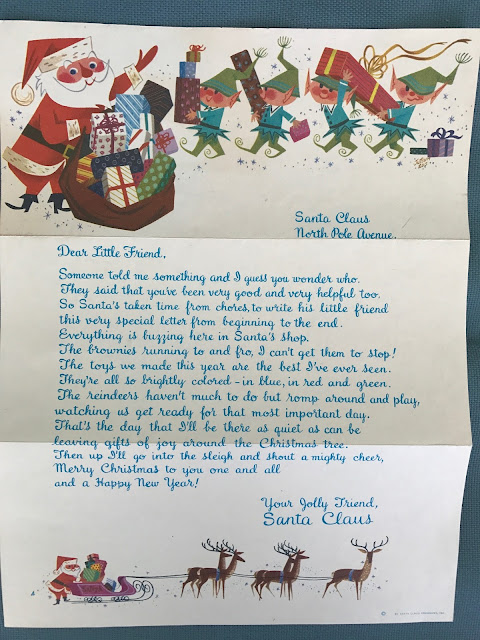