The 52 Ancestors theme this week is “travel” so let me tell you about a road trip my family took the summer of 1990. The road crew consisted of my husband Charlie, sons Chris and Kevin, my Mama Fay, and myself. Our plan was to head north, spending a week on the road, visiting a different city each day. We pre-planned the cities and sites we wanted to visit but that was it. Otherwise, we had no set agenda. Along the way, we stopped at grocery stores to buy pastries, milk, and cereal for breakfast, and lunch meat, condiments, bread, and fruit for lunch. We’d look for a local restaurant to eat dinner. Mama remembers that Chris pointed out every McDonald’s we passed along the way. And I remember that either Mama or Chris pointed out every Pay Less Shoe Store we passed. Mama managed a Pay Less for many years, so they were near and dear to our heart. We had a van which had plenty of room for bodies but no space for stuff, so we used our trusty car top carrier to hold a portable bed, stroller, and our luggage. Mama flew in from Atlanta, so we drove to the airport (probably Dulles Airport in Virginia) to pick her up. My husband had been to a couple of the cities we were visiting but neither Mama nor I had been to any of them, so we were excited to say the least.

Our first stop was Great Falls Park, a scenic National Park Service site about 30 minutes from the airport that overlooks the Potomac River in Fairfax County, Virginia. We didn’t stay long, just long enough to walk down to the overlook and get a good look at the beautiful falls. After snapping a few pictures, we hit the road, heading to our second stop. Years later, my husband and I visited the park again to walk the trails. While there, we spotted a Pileated Woodpecker, Grey Heron, and a Turkey Vulture.

Stop two of our road trip was Hershey, Pennsylvania. The countryside was beautiful there. The boys were fascinated by the black and white spotted cows we saw everywhere, and they loved the Hershey’s Kisses that topped the light poles. We found a hotel and then headed to Hersey Park, spending the rest of the day riding the rides, touring the zoo, and ending with a ride through Hershey’s Chocolate World. Of course we stopped to buy candy at the Hershey store. You can’t go to Hershey without buying chocolate! Before we left town the next day, we did a driving tour of the city and then headed to stop three.


We drove through Amish country on our way to Philadelphia, Pennsylvania. Mama remembers seeing the Amish buggies as we passed through. It was late when we arrived at Philadelphia, so we found a hotel and settled in for the night. The next morning, we headed for the historic district. I remember finding it confusing because we kept coming across one-way streets (we didn’t have GPS). We finally found a parking lot to park the van, although it was many blocks from the historic district. Luckily, we all had our walking shoes on, so we made our way to the Liberty Bell site. After we finished looking at the Liberty Bell, we walked around the outside of Independence Hall which was close by. We spotted the horse drawn carriages on the streets, determined that the price was reasonable, so decided we’d tour the historic houses on the carriages. We were having a nice ride when something spooked the horse. The tour guide/driver lost control of the horse and it ran up on the curb and over the bulkhead doors against the front of a house, leaving damage behind. During all this, Mama’s hand got wedged between the side of the carriage and a tree as she held on for dear life. This all happened in front of a National Park Service house and I remember a park ranger running up to the carriage and yelling at the driver to “get control of your horse!” Things finally calmed down and the police suggested we take Mama to the hospital to get her hand checked out. Since we were parked so far away, the police drove us back to our van. The boys thought it was cool to ride in the back of a police car. Mama’s hand was badly bruised, so the doctor gave her a prescription for pain pills. Now we had to find a drug store. Once we got that taken care of we decided we’d had enough of Philadelphia and that was the end of that leg of the trip. We left town and headed for stop four.


The whole purpose of this leg of the trip was to see the Statue of Liberty. I didn’t want to go into New York City at the time, so we decided to stay at a hotel just outside the Holland Tunnel in Jersey City, New Jersey. Once we got settled at the hotel, we headed to Liberty State Park to catch the ferry to Liberty Island. We walked around a while, took pictures, and then caught the ferry back to Liberty State Park for a picnic. I would have loved to stop and tour Ellis Island, but it was closed for renovation at the time. Charlie’s grandfather George Athya immigrated to America from Scotland through Ellis Island. It reopened that September and is still on my list of places to visit. But back to the road trip, stop five was next and I think this was the one Mama was looking forward to the most.


Gambling in Atlantic City, New Jersey was on the agenda next. After we picked Mama up at the airport, she’d spend every chance she could, whether in the car or in the hotel at night, studying a gambling book she’d brought with her. She wanted to learn how to play craps before we got to Atlantic City. While in Atlantic City, we stayed at a hotel on the Boardwalk. We spent the daylight hours walking on the Boardwalk, checking out the sights there. Charlie walked the boys down to the beach while Mama and I sat on the Boardwalk and watched them play in the water. At the end of the day, we picked up some fried chicken at Roy Rogers Restaurant for the boys and I, and then headed back to the hotel. Charlie and Mama came back to the hotel long enough to clean up from a day in the sun and then left for the casinos. Mama finally got her chance at playing craps as well as the slots. Charlie spent his time at the card table playing Blackjack. The boys and I stayed in and watched TV and looked at the Boardwalk lights out the window. About 3 AM, I started hearing giggling noises coming down the hall and guess who it was—Charlie and Mama! They slipped in the hotel room but couldn’t contain themselves. They had a ball that night, and probably a drink or two. 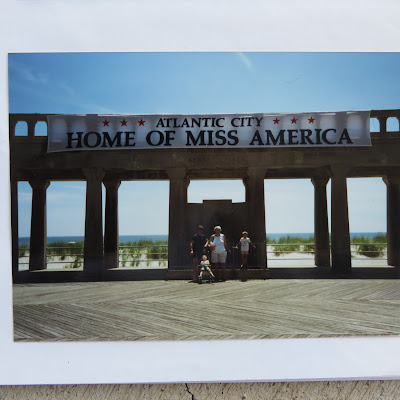 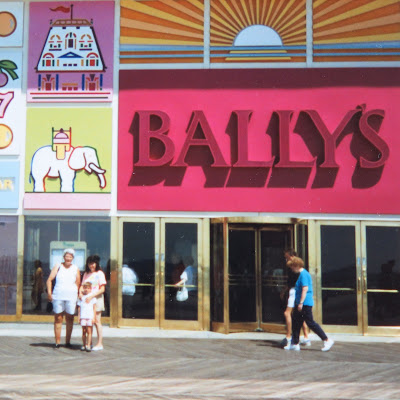 We left the next morning for stop six—Cape May, New Jersey. I remember traffic being very heavy as we drove into Cape May. We had trouble finding a hotel room but persisted and finally found something. We rode around town looking at the Victorian style houses, toured the lighthouse, and then found a restaurant along the water and enjoyed watching the boats while we ate. The next day we rode the ferry across the Delaware Bay. The sea gulls flew alongside the ferry and took French fries out of our hands while in flight. The ferry docked, and we loaded up in the van for our seventh and final stop.


We had to drive through Baltimore, Maryland to get home so decided to make it our last stop. It's another beautiful city by the water. We walked around the Inner Harbor and had lunch in one of the restaurants by the water, probably talking about all the new places we’d visited during our road trip. We’d come to the end of our road trip so headed home from Baltimore with lots of new experiences and memories. This was not an exotic vacation, but it still goes down as one of my favorite vacations of all times.