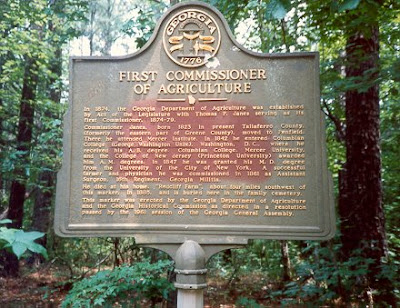 The 52 Ancestors theme this week is “non-population.”

This week’s blog post is a follow-up to my post from last week where I shared a “family legend” and along with that the story of my 2nd great-grandfather Thomas P. Janes Sr. Because the 52 Ancestors theme this week was “non-population,” I decided to save the details of those census schedules for this week. We all know what a census record is but some reading this may not know what the non-population schedules are. The non-population schedule complimented the census record and provided information that was “used to identify and quantify resources and needs” according to the Family Search Wiki describing a non-population schedule. The Wiki further notes that “Agriculture, mortality, and social statistics schedules are available for the census years of 1850, 1860, 1870, and 1880. Manufacturing schedules are available for 1820, 1850, 1860, 1870, and 1880. They are arranged by state, then by county, and then by political subdivision (township, city, etc.).”

When looking at the 1860 Slave Schedule, I scrolled through to see where my 3rd great-grandfather, James Meriweather Lankford, lived in comparison to the Janes plantation. I found him enumerated four pages earlier, along with three slaves—two males and a 26-year-old female. The word “murder” is written in column 8 on the female slave line. This reminded me of the story I found in the book How Curious a Land: Conflict and Change in Greene County, Georgia, 1850–1885 by Jonathan M. Bryant. Bryant’s book tells the story of slave Becky and the death of her three children in James Lankford’s well. Becky was the female enumerated in this 1860 slave schedule. If you’d like to read her story, you’ll find those pages of the book via Google Books. This link should take you to page 35 where the text begins just below the middle of the page. Look for “The next term brought another case of murder before the court. James Lankford and his family lived near Penfield in northern Greene County. …” The story ends on page 38. As you read it, you’ll see that it doesn’t speak well for my 3rd great-grandfather.

In July 1870, the enumerator noted that Thomas’ farm included the following livestock: 10 horses, 6 asses and mules, 11 milch cows, 2 working oxen, 40 other cattle, 20 sheep, and 20 swine. His livestock was valued at $3500—less livestock than in 1860 but the value was higher. In addition to livestock, the farm produced 350 bushels of spring wheat, 750 bushels of rye, 40 bales of cotton, 80 pounds of wool, 15 bushels of peas and beans, 50 bushels of Irish potatoes, and 200 bushels of sweet potatoes. The only dairy product produced was butter at 500 pounds. The fields were full of hay at 25 tons. I was surprised to see he farmed bees which produced 50 pounds of honey. Thomas slaughtered (or sold to slaughter) $500 worth of animals. The estimated value of all farm production, including betterments and addition to stock, was $6,650.

These schedules are a treasure trove of information and help me to understand the size and scope of Redcliffe Farm, the plantation Thomas owned and operated in Penfield, Greene County, Georgia.