When Macon Drive turned into a winter wonderland

The 52 Ancestors theme this week is “winter,” so I thought I’d share a blast from my past—several photos from a storm (or two) that left our neighborhood a winter wonderland. I grew up in Atlanta where snowstorms were few and far between. But occasionally we got lucky and one would blow in. I don’t remember but I’m sure the city would shut down and schools probably closed. If I were a betting person, I'd bet that Mama would stir up a pot of hot chocolate—the old fashioned way with milk and cocoa, not out of an envelope. She'd also make ice cream out of the snow.

We would entertain ourselves sitting at the front window watching the cars try to make it up or down Bromack Drive, the street that came to an end at Macon Drive in front of our house. That section of the road was at a slight incline, just enough to cause problems for drivers. You can see it in the photo below of my Daddy standing by the street in front of our house. 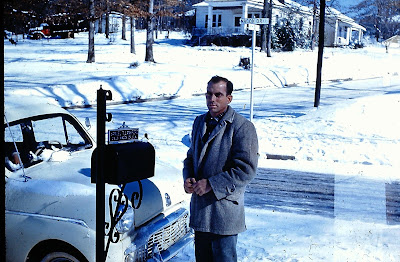 This photo includes my brother Michael, Daddy, and my sister Jennifer. I don't believe this was taken at our house. In other photos, it looks like we were at a park. 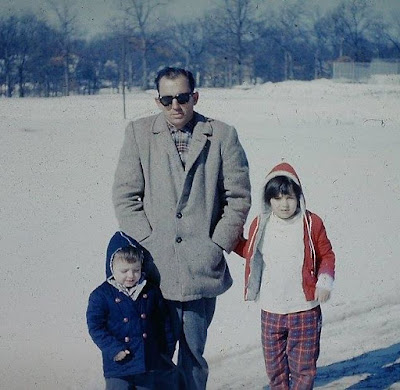 This photo is of my brother Michael standing in front of our house. 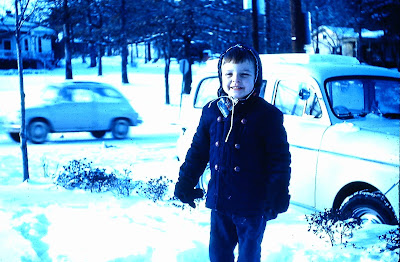 Another photo of my sister Vanessa and brother Michael that I believe was taken at a park. 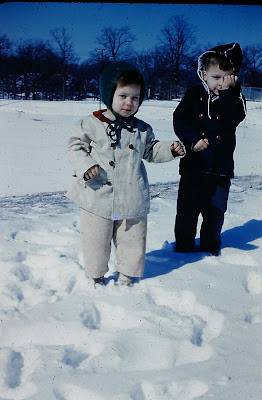 This photo is my brother Michael and me standing in front of our house. 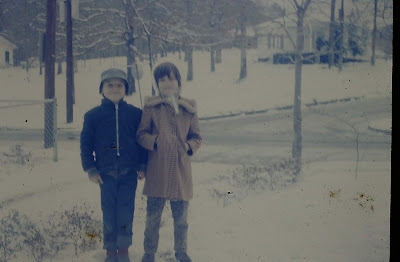 When it did snow, all the neighborhood kids gathered at the Rath family house. They lived on Meadow Park Drive, the street behind ours. Their house was at the top of a hill. They were also from Michigan and had sleds! Those that didn't have sleds used cardboard which worked just as well as the sleds. We'd have to station somebody at the bottom of the hill though to watch for cars since the sledders would usually end up in the street at the end of their run. You can see the house in the photo below. That's my sister Jennifer standing in our front yard. 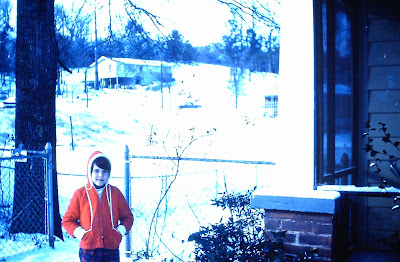