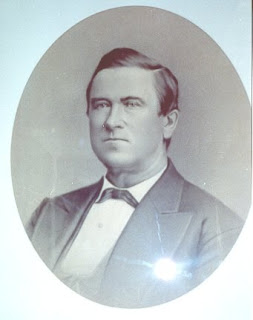 Yesterday the Governor commissioned Dr. Thomas P. Janes, of Penfield, Greene county, as commissioner of agriculture. The senate of the next general assembly consenting, his term of office will extend four years.

We understand that there have been sixteen applicants for this very important office, who were recommended by over three hundred citizens of the state. Rev. C.W. Howard and Major T.G. Holt, who were warmly sustained by many friends, withdrew their names some time ago.

Dr. Janes appeared to be “worthy and well recommended.” Among the prominent gentlemen cordially urging his appointment we note the faculties of the State University, the College of Agriculture and Mechanic Arts, and Mercer University; eleven members of the executive committee and the secretary of the Georgia State Agricultural Society, together with many of the delegates of its convention at Columbus last year, comprising very prominent and influential gentlemen; the secretary, treasurer and steward of the general state grange; Messrs. W.L. Jones, editor and proprietor of the Southern Cultivator, George Hillyer, Wm. McKinley, D.A. Vason, Wm. H. Felton, J.B. Jones, J.H. Echols, and a host of others.

We learn from these recommendations on the public files of the executive department, that for over a quarter of a century Dr. Janes has taken a very active and zealous part in the interests and usefulness of the state agricultural society. Since 1846 he has served it as vice-president or on its executive committee. He has been well known for a number of years as the energetic and able president of the “Greene county agricultural and mechanical association,” and otherwise at all times and in many ways as popularly identified in the honorable standing and solid advancement of the great commanding interests of agriculture throughout the state and country, being fully alive to its wants, capable and experienced in all matters thereto appertaining. The faithful discharge of his public duties is a marked assurance that his appointment is meritorious and appropriate; that it will give general satisfaction to the planting community of the state and fulfill the designs of the agricultural act of the last general assembly.

He is represented, moreover, as a very expert, hard-fisted, practical and successful farmer and planter, in fact, has devoted his life to successful farming; not confining himself to corn and cotton, but growing clover and the grasses, so as to be “known and read of all men.”

In general, it is claimed by those who know his ability, learning, attainments, public record, practical experience and thorough executive capacity, that he will reflect honor upon himself, and that the appointment will bring out an efficient administration of the duties of the office, and the grand results of the establishment of a department of agriculture.

We believe him to be worthy, qualified and suitable in every respect for the important position for which he, from among many meritorious applicants, has been chosen and honored by the governor of the state.
Posted by Denise at 7:18 PM