Keeping with the Civil War veterans ...

On August 14, 1850, Minor lived with his family in the 14th district of Greene County. He was a 19 year old farmer. His sister Caroline B. Hobbs and her husband James M. Lankford lived three houses away.

On June 4, 1860, the family lived in Penfield, Greene County, Georgia. Minor was 27 and still living at home. His occupation was painter.

﻿ On April 26, 1861, Minor enlisted as a Private in Company C (Dawson Grays) of the 3rd Georgia Infantry claiming residence in Greene County. He was wounded on May 3, 1863 at Chancellorsville, Virginia. He was promoted to Full Corporal 4th Class in 1864. Minor was wounded again on July 30, 1864 at Petersburg, Virginia (Crater). He stated in his pension application that one wound was by gunshot through his left shoulder, disabling it. He also stated that his right groin was affected so that the leg at times became useless and painful. He surrendered at Appomattox Court House in Virginia on April 9, 1865 having served from enlistment to surrender. He was discharged as a Corporal where he had served the Confederacy with Distinguished Service. Robert L. McWhorter stated that Minor made an excellent soldier.

Before leaving Appomattox, Minor took the regimental kettle drum and carried it home to Greene County. In 1888, Minor attended a 3rd Georgia Regiment reunion and presented the drum to the Regiment. It was determined that “Commodore” Dexter should become the custodian of the drum. After Dexter’s death, the drum was passed to William A. Wright, the son of General Ambrose C. Wright, the first Colonel of the Regiment. The drum was eventually placed on display at the Georgia State Capitol. 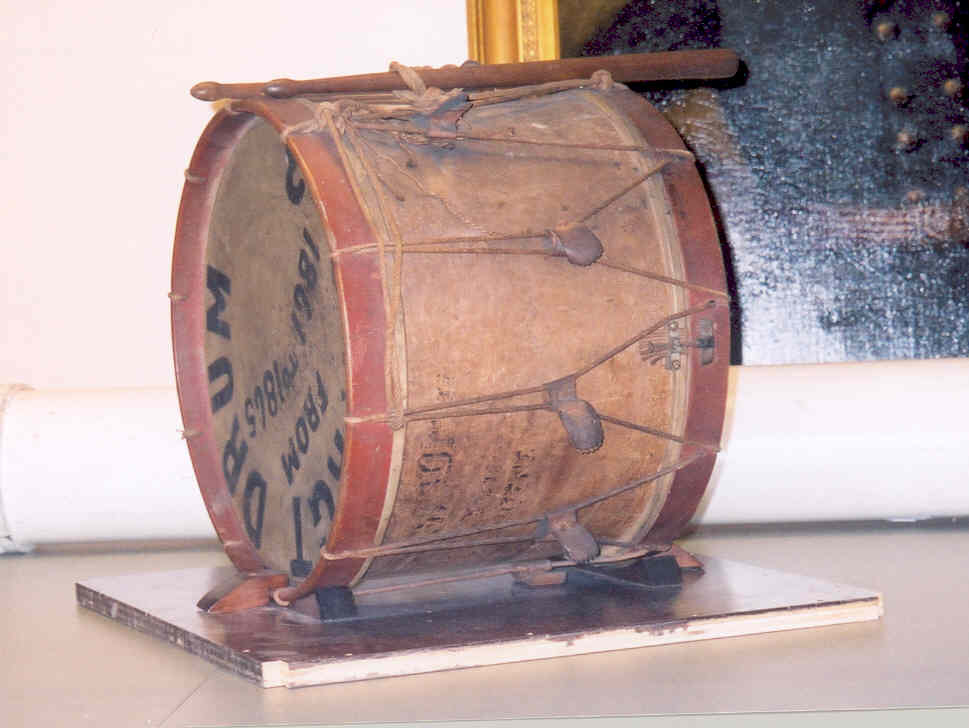 Before the drum was displayed (possibly in 2003), my sister, Dad, and I visited the museum and was given the opportunity to view the drum, in storage at the time. A piece of paper on the side of the drum reads: This drum was the original drum of the 3rd Georgia Regiment of Infantry, C.S.A. The drum came to the Regiment with Company C, Dawson Grays, from Greene County, at the organization of the Regiment, April 26, 1861, at Portsmouth Virginia. The first and only drummer was Seaborn Barnwell of Company C, who was the Drummer of his Company, and when the Regiment was organized he was made Regimental Drummer. The drum beat all the calls made for the Regiment for all purposes, from April 26, 1861, to the surrender at Appomattox, Virginia, April 9, 1865. When the Regiment surrendered and stacked their guns, the drum was hung on the stack by the Drummer and left to its fate. Minor Hobbs, one of the truest and best soldiers of Company C, could not walk away and leave it, but turned back and took it from the stack of guns on which it hung, swung it around his shoulders and brought it to his home in Greene County, Georgia, where he kept and cared for it until, in his old age, he delivered it into the hands of Capt. W. A. Wright, he being a member of the Regiment, who has kept it and delivered it to the committee to be placed in this case. The Hobbs family suffered a loss during the Civil War when Minor’s brother, Nathan Augustus Hobbs, Jr. died on July 2, 1863 in the Battle of Gettysburg, Adams, Pennsylvania.

On November 1, 1864, Minor married Elizabeth Lankford, daughter of William A. Lankford and Nancy Goodman, in Oglethorpe County. Together they had one son, William, born in 1865.

Minor, Elizabeth, and William lived in Penfield on June 11, 1870. They lived next door to Elizabeth’s parents.
He was a painter and Elizabeth was keeping house.
The value of his personal estate was $300. 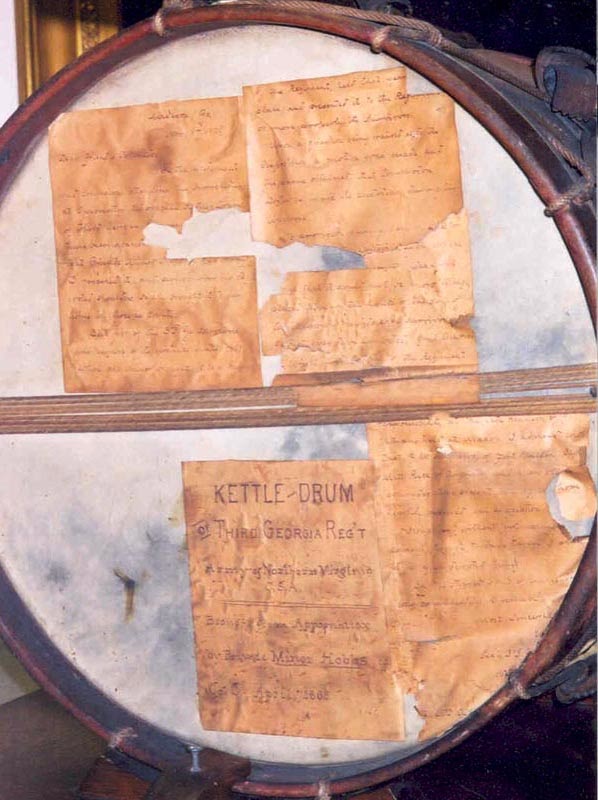 Minor’s wife Elizabeth died in Penfield on August 11, 1872 after a protracted affliction. She was buried at Penfield Cemetery.

On September 5, 1879, Minor married Elizabeth A. Nash, daughter of Thomas and Mary Nash, in Oglethorpe County.

On June 18, 1880, Minor, Elizabeth, and William lived in Woodstock, Oglethorpe County. Elizabeth’s brother John and her sister Margaret lived with them. Minor was still a painter.

Minor’s father died on June 21, 1889 at the age of 99 years. His sister Marion Hobbs Jenkins McCarthy died on November 1, 1889. Both were buried at Penfield Cemetery.

On February 4, 1898, Minor filed for an Indigent Pension in Taliaferro County, Georgia. Drs. Nash and White stated that he was physically debilitated owing his age it being near 68 years.

On June 9, 1900, Minor and Elizabeth lived in District 605 of Taliaferro County. His occupation was landlord.

On May 4–6, 1910, Minor and Elizabeth lived at Crawfordville and Philomath Roads in District 605 of Taliaferro County. His occupation was listed as own income. He owned his home, free of mortgage.

Minor’s second wife Elizabeth (Nash) died on May 11, 1911. She was buried in the Thomas Nash Cemetery in Philomath, Oglethorpe County.