Several years ago, I stopped by the Prince William County Library in Manassas, Virginia to return a book I borrowed via interlibrary loan. On my way to the exit, I noticed a box of books for sale near the door so stopped to take a look. One book caught my attention—a small leather bound Bible. 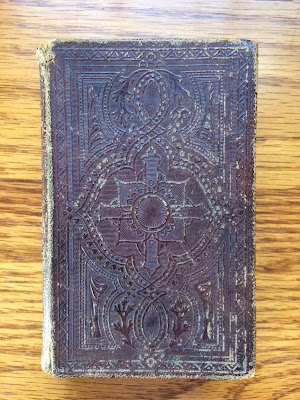 The Bible is brown leather and has an ornate design on the front and back covers. It measures 5 ½ inches tall by 3 ¼ inches wide. The outside edge is one inch thick and gold in color. 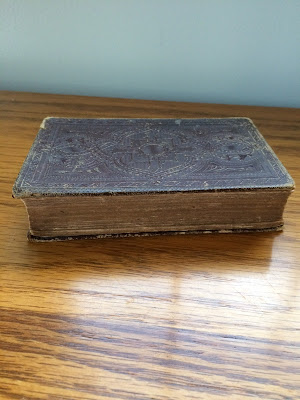 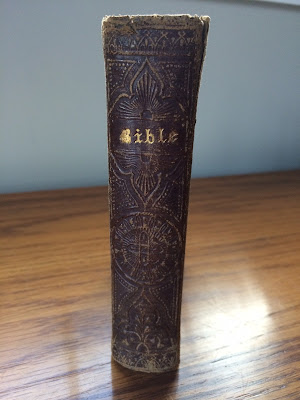 When you open the Bible, you see that someone wrote the name “Henry Briest” in pencil on the first page. 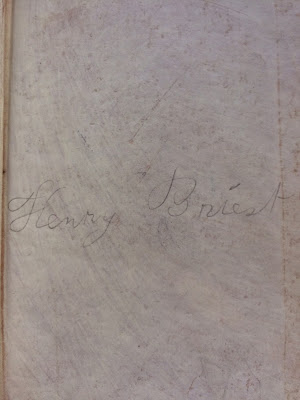 The back of that page has “Henry Briest Trenton New Jersey” written in ink. 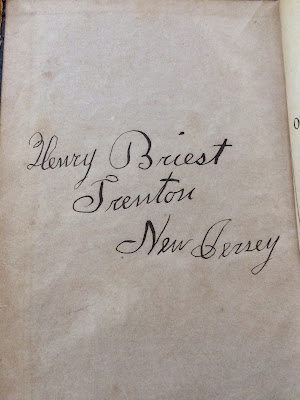 
The Holy Bible, Containing the Old and New Testaments, translated out of the original tongues, and with the former translations diligently compared and revised, by His Majesty’s Special Command. Appointed to be read in churches. Printed by Authority. Glasgow: William Collins, Licensed Queen’s Printer. MDCCCLXIV. 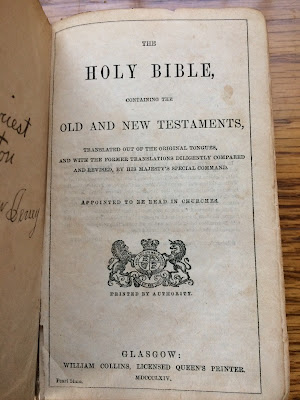 The back side of the title page reads:


Licence. In terms of Her Majesty’s Letters Patent to Her Printers for Scotland, and of the Instructions issued by Her Majesty in Council, dated Eleventh July, Eighteen Hundred and Thirty-nine, I hereby License and Authorize William Collins and Company, Printers in Glasgow, to Print, within the Premises situated Number One Hundred and Eleven North Montrose Street, Glasgow, and to Publish, as by the Authority of Her Majesty, an Edition of the Holy Bible, in Pearl Type, Trigesimo-secundo Size, consisting of Fifteen Thousand Copies, as proposed in their Declaration, dated Fifth August, Eighteen Hundred and Sixty-one; the terms and conditions of the said Instructions being always and in all points fully compiled with and observed by the said William Collins and Company. J. Moncrief, Edinburgh, 20th August, 1861. 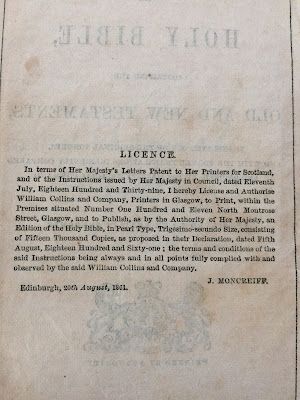 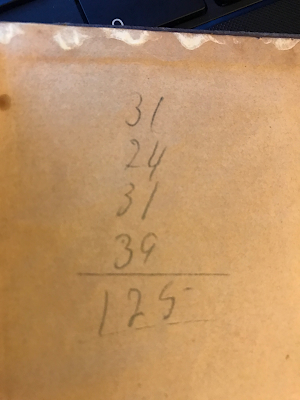 The Bible is coming apart at the spine and some of the pages are pulling away from the glue, but otherwise is in pretty good condition. 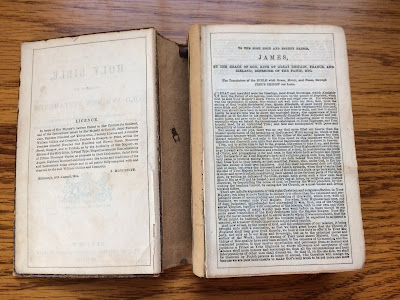 My husband’s grandfather, George Durie Athya, was born in Glasgow, Scotland so because of that connection, I decided to make the purchase and paid the price marked on the Bible—10 cents.

Neither I nor my husband have any connection to Henry Briest but that doesn’t mean I’m not curious about who he was. The dates on the Bible’s title page made me wonder if Henry was a Civil War soldier who might have carried it into battle. Unfortunately, because I don’t know when he was born or who his parents were, it’s not that easy to figure him out. I performed a search on ancestry.com and found several men named Henry Briest:


Did Henry Briest in fact serve in the Civil War and carry this Bible into battle? And just how did his Bible end up in Manassas, Virginia? The 3rd Infantry fought at Manassas Junction. Perhaps he was there and lost the Bible.

I have questions that can’t be answered so instead, I’ll end with a couple of interesting facts: