Many of us have old family photos that were never labeled and now it's almost impossible to identify the people looking back at us. I have quite a few nameless family photos. I've made it a mission to identify as many as I can.

The people in the four photos below are some of the lost relatives I'm hoping to one day identify. These photos once belonged to my great-uncle Prince Albert Burnette. Uncle Prince was born 1903 in Walton County, Georgia. Not long after his birth, his family moved to Greene County, Georgia where he lived until his 1993 death in Greensboro. Uncle Prince's wife was Mary Lee Queen, born 1904 in Union County, Georgia. Her father was Lewis Benton Queen and her mother Cornelia Vandora Dellinger. I believe both were from Union County, Georgia. Because Daddy doesn't know who these people are, it's possible they were members of the Queen or Dellinger families.

I've posted one other photo from Uncle Prince's collection here.

Here's where you come in. Do you recognize any of these people? If you do, I'd love to hear from you. 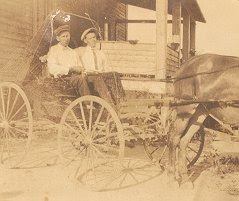 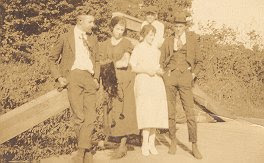 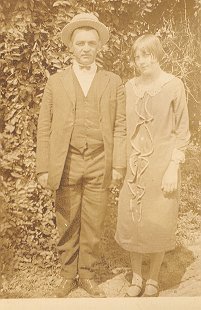