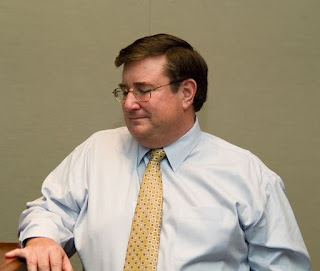 I dreaded his retirement day. Not that I didn’t want him to start the next phase of his life. I guess I was just being selfish. I thoroughly enjoyed working with and for Gil and just didn’t want to lose a great work husband. But two of Gil’s children and his grandchildren lived in Texas so once he came to terms with the inevitable, he set the wheels in motion to build a new home and began preparations to join his family there. As it turns out, God had another plan for him and he never got the chance to make that move. He passed away unexpectedly but peacefully in his sleep on November 8, 2015.

At the time of his death, Gil and I had worked together about 26 years. I can’t remember exactly when he hired me but my youngest son was about two years old at the time and he’ll be 30 this year. Gil and I were a good team. We clicked immediately. I remember the first day I worked for him. We sat down at his table that first morning and he had a list of things to discuss—his expectations along with his likes and his dislikes. I’m a list maker so appreciated that he started out with one. He set the tone for how we would work together. I always knew where I stood with him. We trusted and respected each other. I could read his mind. I knew what he wanted, sometimes before he did. He always had my back and I knew it. Every year at review time, we would have the normal discussion and we ended it with a handshake and a confirmation that we were good for another year. And we had a deal—where you go, I go and where I go, you go. Occasionally, things might not be going the way he thought they should and he’d tell me “you might want to update your resume. We might need to make a change.” But things would calm down and we never had to test that deal!

Gil pushed me to learn new skills. I’m doing things today that I never would have done if I had not worked for him.

I’m Miss Practical—sometimes to a fault. We often had conversations about things happening around the office or in the world in general. I’d voice my practical opinion which may have been a point of view he hadn’t thought about and he’d thank me for bringing him back to reality.

His nickname for me was Sergeant Major. I’m not exactly sure how I earned that nickname though. I’m a quiet, introverted person and don’t feel like I boss people around. But that’s what he called me and the next thing I knew, other people started calling me Sergeant Major. I chose another nickname for myself. As a lefty, I always sat to his left so referred to myself as his left-hand girl. He stuck with Sergeant Major though.

Many years ago, a package was delivered to our office and was determined to be a possible threat. Security eventually called in a robot to deal with the package. After a short time, they decided to evacuate the building. Gil had visitors from George Mason University in his office at the time so I escorted them downstairs. He stood by my desk and patiently waited while I took the visitors downstairs and returned to gather my belongings. We walked out of the building together that day. He wasn’t going to leave without me.

Once I walked into his office and as I got behind him, asked him a question. He was concentrating heavily on whatever he was working on and turned around and said “what’d you say Hon.” He quickly realized what he had called me and was embarrassed. I could tell it was mindless and he didn’t even think about what he said but he kept apologizing to me. I thought it was funny myself.

He was always grateful for the support I and others gave him and he didn’t hesitate to tell you. 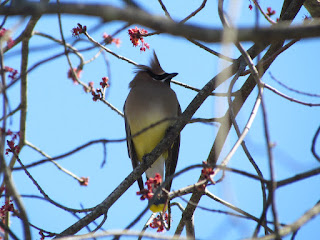 But it was not all about work. Gil was a very generous man. For years, he gave my boys Christmas presents—from the first Christmas I worked for him until they were adults. I finally had to tell him he didn’t need to do that anymore—they were big boys now. I will always think of him at Christmas time. Every Christmas he gave me Lenox Christmas dishes and decorations. My tree is full of beautiful Christmas ornaments because of him. I treasure all of them. We shared a love of Christmas music too. Or at least he tolerated my love of Christmas music. For a while, our office was down the hall, away from everyone else’s. He didn’t seem to mind when I played my Christmas CDs during the work day. Every year, I bought myself one or two new Christmas CDs. At some point, I started buying an extra CD to give to him. I remember one was by the 1970s band America. He left early one Friday and after he got home and was back at his computer, he sent me an email acting like he was singing the lyrics of a Christmas song to the tune of “A Horse With No Name.” I’m not sure if he liked the CD or if he was making fun of me! 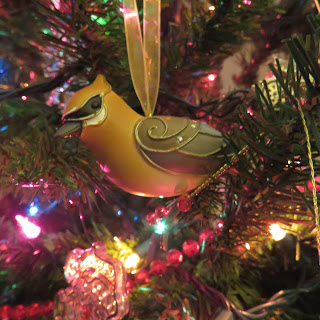 We shared a love of bird watching and often compared notes. Each of us quickly texted pictures of special birds we spotted to each other. The spring of 2014, I found an eagle nest in Manassas and immediately texted him a picture of the eagle in the nest. He wrote me back asking for directions. I thought he was kidding but he quickly let me know that he wanted to know where the nest was. The next day he was in Manassas to see the eagles for himself. I ran into him several times at the nest. One time I remember my husband and I seeing a man in the field, we felt too close to the nest. I told my husband “look at that idiot out there … he needs to get away from the nest.” A half hour later, I find out it was Gil! One year, I was lucky enough to spot three different flocks of Cedar Waxwing. On two of those occasions, the flock stuck around for several days so I took a lot of pictures. I don’t know if you’ve ever seen a Cedar Waxwing, but they’re beautiful and it’s a special treat to see them. He was so jealous that year. That Christmas, he gave me a Hallmark ornament of a Cedar Waxwing bird. I loved it and it gets a special spot on my tree every year now.

Sometime in late 2014, Gil told me about his daughter and grandchildren having fun with an elf on the shelf. Anyone who knows me knows about my elf on the shelf named Athya so of course I had to share some of Athya’s pictures with him. Afterwards, he asked me to send him some of my pictures, which I did. Christmas Eve I get a text message from him sending me a link to the video he made using my Athya pictures and a Christmas story he had written. It was priceless! He’d planned to do another video for 2015 but that wasn’t meant to be.

When both my mother-in-law and father-in-law passed away, he came to their funerals. It was bitter cold on the day we buried my father-in-law but Gil was there.

The last time I saw him was a Wednesday in October 2015 before I left for a trip home to Atlanta. I would be gone for 10 days and when I returned, he would be on a planned business trip. He left the office before I did that day and as he headed out, he stopped by my desk and said, “I won’t see you for a while” and then we said our usual goodbyes. Sadly, he was right. I never saw him again.

His wife and I often talk about the fact that he broke his deal with both of us. But I can’t hold that against him. He wasn’t ready to leave this world when he did. He wanted to see his grandchildren graduate from college and they were nowhere near that.

So today, on his birthday and retirement day, I’ve spent time reflecting on the many good years I had with my work husband. He was a good man. The day he passed away, I lost a colleague, a boss, a work husband, but most of all a friend. Happy birthday in heaven Gil. I miss you.
Posted by Denise at 10:53 PM

Email ThisBlogThis!Share to TwitterShare to FacebookShare to Pinterest
Labels: Reflections