Thirteen random things about me

The 52 Ancestors theme this week is “you.”

I guess that means I have to write about me but that’s not something I normally care to do. So, the easiest thing for me is to just tell you 13 random things about me.

1.  I’m a huge introvert. That’s right, I’ll do anything I can to avoid putting myself in a situation where I have to make conversation with someone I don’t know or stand before a crowd. If you know me, you already know that. Years ago, several co-workers and I were re-assigned to the executive office at work after our bosses were promoted. After several months in our new location, one co-worker told me that some people thought I was a b*%#$ (rhymes with witch). By then, she had gotten to know me though and told them, no, she’s just shy. And she was right. Now if you want to get me talking though, just ask me about genealogy!

2.  I’m left-handed. Yes, I’m part of that 10 percent of the population. But having lived all my life in a right-handed world, I’ve had to make adjustments.

3.  I’m terrible at brainstorming. Put me in that situation and my mind goes blank. I’ll never forget the time I was volunteering on an elementary school committee tasked with coming up with a school slogan. We broke up into teams of two. My teammate must have had the same problem so we just sat there, staring at each other. It was embarrassing when it came time to present our idea and we had nothing!

4.  In April 2014, I found a bald eagle nest 10 minutes from my house. From April 5 until mid-June that year, my husband and I watched the two adult eagles and two eaglets that hatched that spring. In the beginning, we visited the nest only on the weekends, but by May and early June, we were going to the nest almost every day. That spring I had more fun watching the four eagles than I think I’d ever had in my life. It was an exciting time watching the eaglets grow and fledge. 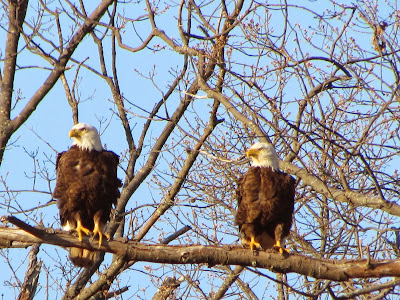 5.  I’m a sucker for bagpipes and a drumline. Either one takes me to a happy place.

6.  I’m the middle child. I have two older sisters and a younger brother and sister. 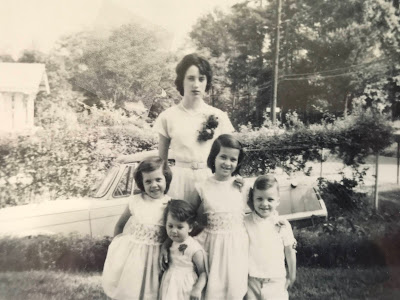 8.  I hate all of the political BS that people post on social media. Thank goodness Facebook allows you to “hide all” from a particular person or group. I hide so many posts on Facebook now that if they ever take that function away, I’ll just have to leave social media behind. I see too much hatred on the one-sided, partisan (on both sides) posts. I don’t understand why a person thinks that cramming their political views down my throat will make me want to vote for their candidate. It actually might make me do the opposite. OK, that’s enough said and all I’ll say on that topic.

9.  I’m an avid believer that things happen for a reason. It may take years to understand why something happened, but you’ll eventually figure it out. And if a mistake was involved, learn from it!

10.  I’d like to have a dog but my husband says no. Now mind you, he has a rabbit so what’s up with that? He says he doesn’t want to go through the pain of losing one again but I say you don’t think about that. Instead, you think about all the years of joy they bring to you. I’m waiting until I retire and then I’ll probably just get one.

12.  As a teenager, I earned money cutting grass. I regularly cut three yards in the neighborhood, all with a push mower. I was paid $3 each for the two smaller yards and $5 for the large yard. That was big money then.

13.  If you follow my blog, you already know I’m the family historian. It’s a never-ending job that I love and it’s become my passion. In addition to the research, I enjoy writing the stories for this blog. I like to say I’m not a writer but I don’t let that stop me. I learn something new with each story I write.

This was the last 52 Ancestors prompt for 2019 and I’ve managed to post a story for all of them. I haven’t decided whether I’ll follow the prompts for 2020 yet but I do plan to keep writing.
Posted by Denise at 6:26 PM