William Dearnald Rhinehart was born August 22, 1863 in Sevierville, Sevier County, Tennessee. His parents have been a mystery for me. Early in my research on William, census records told me his mother’s name was Elizabeth Rinehart (also spelled Rhinehart; born about 1826 in Tennessee) and that he had several siblings. In all census records, Elizabeth was never recorded with a husband and she always had the last name of Rinehart. I’ve looked for records in William’s name that might record his father but kept coming up with nothing. It wasn’t until last weekend when I finally found a death certificate for William’s sister, Sarah E. Rhinehart Thomas, that I had a breakthrough. Sarah’s death certificate listed her mother as Betsy Rinehart, born in Tennessee. It listed her father as “Elegetmalmate” and had a big “X” beside the location of his birth. Now what in the world did that mean? Who would name their child Elegetmalmate? I’m thinking that’s an awful weird name to give someone.
But then I did what I often do when I want answers—I Googled it. The top word in the query was “legitimate.” That’s when the lightbulb went off. Since the word started with an “E,” did the person recording the information on the death certificate mean to write “illegitimate” and just didn’t know how to spell it? That’s what I’m thinking. After making this discovery, I looked for Elizabeth in earlier census records—I wanted to find her with her parents. That would at least tell me what her maiden name was. I found them living in Sevier County, Tennessee in 1850. Her father was Conrad (enumerated as Conard) Rinehart and her mother was Rachel. Elizabeth was 25 years old. Her father was born in Virginia and her mother was born in Tennessee.

Tennessee state marriage records for Greene County record the marriage of Conrad Rinehart to Rachel Shaver on February 15, 1813.
This information matches what I find in later census records so this must be William’s mother and her maiden name was actually Rinehart. That would explain why I never find her with a husband. And, since all of her children have the surname Rhinehart, I’m assuming their father was also “Elegetmalmate.” I’ll keep looking for a record that provides the name of William’s father, but for now, I believe I’m on the right track with regards to his mother and his surname.

Three years before William’s birth, his mother and sisters lived in Sevier County, Tennessee.
On June 10, 1870, William lived with his mother Elizabeth and sisters Sarah E. and Elizabeth in Flat Gap, Jefferson County, Tennessee. The census enumerator spelled their last name “Rineheart” and enumerated William (age 6) with the middle initial “A.” Elizabeth at age 50 was keeping house. Her daughters Sarah (age 25) and Elizabeth (age 14) were both enumerated as “at home.” Elizabeth and her daughters were able to read and write. There was no adult male in the home. There was also no sign of Louisa in this census record. She would have been 22 years old by this time so perhaps she had married and moved out of the home. Daughter Elizabeth wasn’t enumerated in the 1860 census record but she shows up in 1870. She would have been 4 years old then so why wasn’t she living with the family. Was she living with someone else at the time? Or had something else happened to her?
﻿ On June 3, 1880, William and his family lived in the 15th Civil District of Sevier County, Allensville, Tennessee. There was still no adult male in the home. Elizabeth was enumerated as the head of the family. Her father was born in Virginia, her mother in Tennessee. At age 17, William was a farm laborer. Sarah is 35 years old and enumerated with “no occupation.” A brother and sister has been added to the family since the last census was taken—George L. (age 4) and Hattie Jane (age 2). William named his youngest child Hattie Jane (my great-grandmother), I assume after his youngest his sister. Again there was no sign of William’s sister Elizabeth. The census enumerator recorded the birthplace of William’s father as Tennessee. ﻿﻿

On June 11, 1900, William and his family were enumerated in Sevier County. William and Bettie had been married for 14 years. William, at age 36, made a living by farming. Bettie had five children, all of which were living. They were enumerated as Sarah M. (age 12), Ollie C. (age 11), James D. (age 10), Arlie M. (age 8), and Hattie J. (age 5). Their last name was spelled Rinehart.
William died in Tennessee at the age of 44 on April 19, 1908. He was buried at Catons Chapel Cemetery in Sevierville, Sevier County, Tennessee. Bettie went on to live until the age of 77 when she died from breast cancer in Sevierville, Sevier, Tennessee on July 23, 1945. She was buried two days later at Catons Chapel Cemetery. 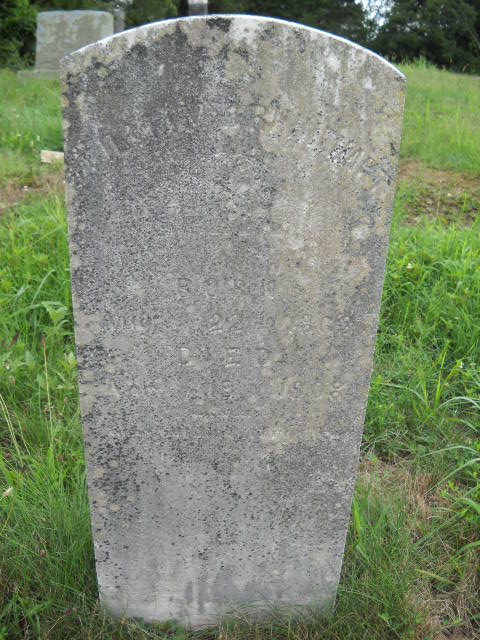 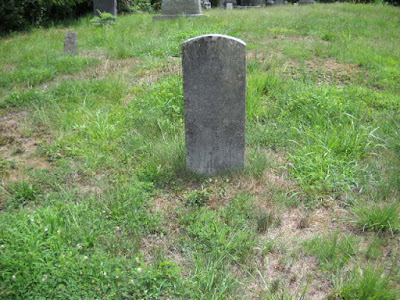 William was my 2nd great-grandfather.

A final note on my research for William if you’re also researching this family—I’ve assumed the above information to be true so keep that in mind when you do your own research and help me find proof! Census records show William’s father was born in Tennessee so that’s a start.
______________


Tombstone photos from Find A Grave Memorial# 44211930. The photos were taken by Tangled Web Weaver (#46967364) who added this piece of information: I could not find any other Rhinehart graves in this cemetery and he had lots of open space around him so wife could possibly be buried there also but I did not see a stone at all. Hope I helped! :) Teresa
Posted by Denise at 7:12 PM