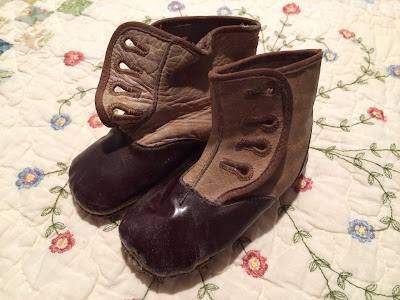 These baby shoes belonged to Ralph Junior Murphy, the first born child of Charles Homer Murphy and Dessie Church. Ralph was born in Littleton, Wetzel County, West Virginia on March 3, 1919 so the shoes would be 97 years old, assuming he was the first child to wear them. The shoes are two-tone leather—dark and light brown. It appears there were four buttons on each shoe at one point but they’re missing if so. They are well worn and in poor condition.

Uncle Ralph and his wife Jean never had children. Aunt Jean gave these shoes to my husband Charlie several years ago. His middle name is Ralph in honor of his uncle so I guess she thought he should have them. He happily brought them home and they’re on display in our bedroom now. 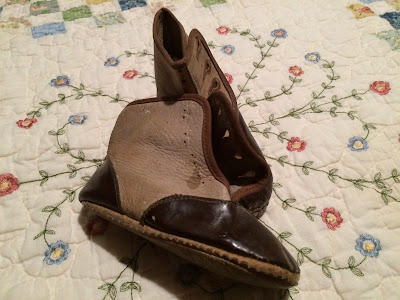 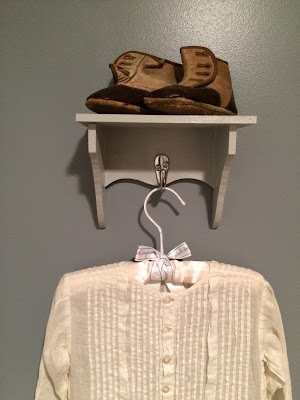