I’ve blogged about Dessie Church in the past so will consider this blog entry to be an update.

Dessie Church was born on February 23, 1889 on the family farm in Littleton, Wetzel County, West Virginia. She was the 6th child of 11 born to Robert Church and Lucinda Murphy—George, Samuel C., James Benton, Jennie F., Anna B., Dessie, Charles Cleveland, Martha, William Henry, Donald Roy, and Presley Church. Dessie was just Dessie. She was not given a middle name.

Census records show Dessie living with her family in the Church District of Wetzel County in June 1900.

On April 28, 1910, she was single and still living at home with her family in the Clay District of Wetzel County. Her occupation was listed as servant for a private family. She was able to read and write.

On December 16, 1914, she married Charles Homer Murphy, son of Martin William Murphy and Sarah Elizabeth Anderson, in Wetzel County. Dessie was 25 and Charles was 29. Together, they had five children—Ralph, Evelyn, Raymond, Glenn, and Earl—all of whom were born at home. The family lived near Fish Creek along the railroad tracks in Littleton.

On January 14–15, 1920, Dessie, Charles, and son Ralph lived in the Clay District next door to her parents.

On April 5–7, 1930, Dessie, Charles, and all five of their children lived in Littleton, Clay District. The record shows that Dessie didn’t attend school. Her brother Presley lived three houses away.

Dessie was a homemaker and worked hard to make a good life for her husband and children. All of their clothes were homemade—nothing bought from a store. Dessie sewed their clothes on a pedal sewing machine. She cooked and canned food for her family using food from family members and local farmers. Her brother Henry was a farmer in Kodol, a little over 10 miles from Littleton. She probably got much of the food from him.

Family meant a lot of Dessie so she was close to her siblings. Her youngest son Earl remembers the family visiting aunts and uncles, or going to family reunions. Before Charles and Dessie owned a car, they took a wagon to Kodol to visit her brother Henry and his wife Gay. Later they bought a Model T car. Unlike today’s cars, the Model T didn’t start with a key. To start the Model T, you had to crank it by hand. Earl remembers his Dad building a fire under the edge of the car engine in the winter to warm the oil so they could crank the car. At some point due to health reasons, Charles stopped driving so Dessie had her oldest son Ralph drive her and the younger children to Smithfield to visit her sister Anna and brother-in-law Enos Perry Jackson. Earl remembers the children playing ball there. Ralph also drove the family to Mannington for family reunions held at a large park there. 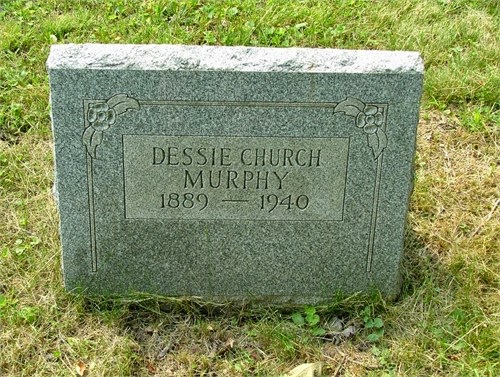 Dessie died at home in Littleton on November 20, 1940 from stomach cancer at the young age of 51. Her youngest child Earl was only 12 years old. Dessie, along with her parents, husband, and sister Jennie, are buried in the front row at the base of the hill at Thomas Chapel United Methodist Church Cemetery in Wetzel County. Her son Glenn was eventually buried there as well. Dessie lived her entire life in Wetzel County.

She was a descendent of Henry “Old Hundred” Church for whom the town of Hundred was named. 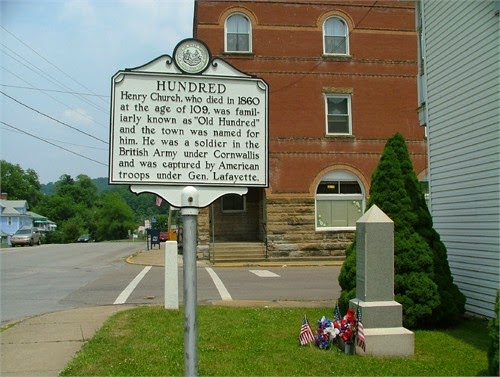