We’ve only received a few Christmas cards this year and I can’t say a thing because we only mailed a few cards ourselves. Times have changed. Many people have stopped sending Christmas cards. Or possibly they’re sending electronic cards instead. So since I didn’t have many cards to enjoy, I thought I’d take a look at some of vintage Christmas cards in the Murphy family collection.

This first card is one my father-in-law Earl gave to my mother-in-law Mary. She loved cards. I believe when she died in 2006, she still had every card she’d ever received in her lifetime. 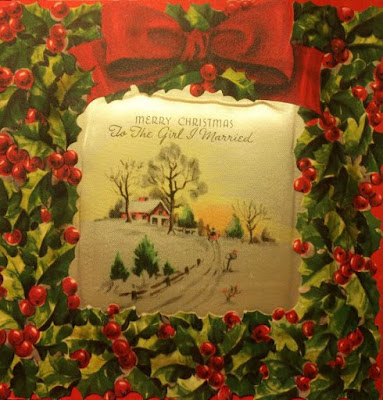 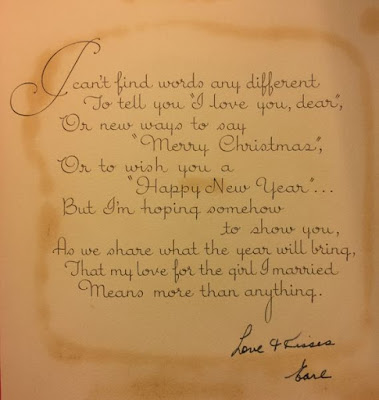 This is a card sent to my husband Charlie on his first Christmas in 1956. It is signed by Georgia Lee who was apparently a neighbor in West Virginia. 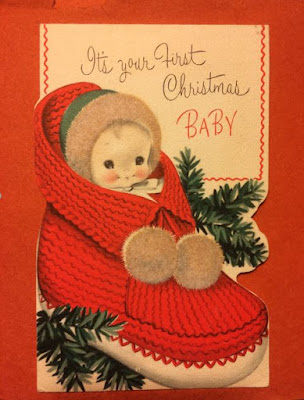 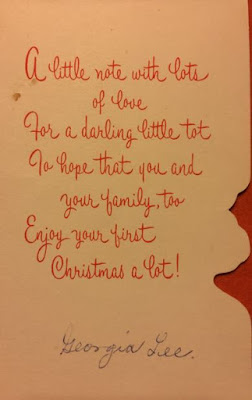 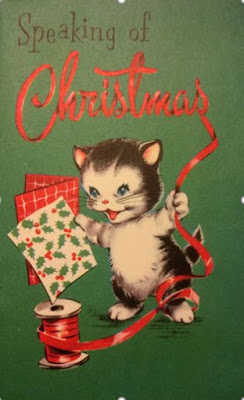 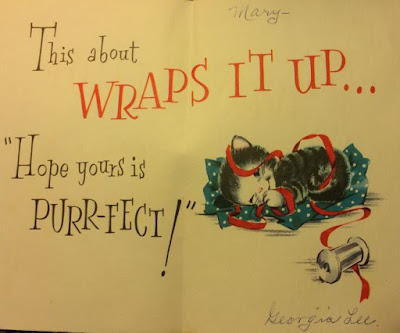 This card was sent to Charlie by his grandparents—George and Bertha Athya–in 1957. 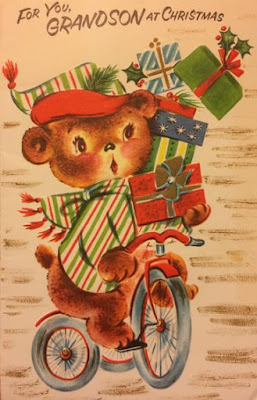 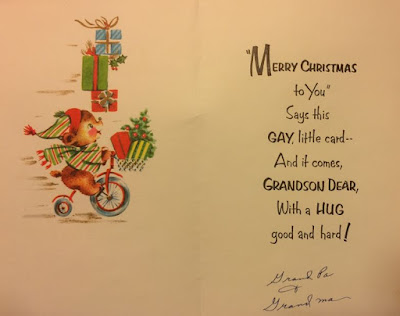 This cute card was also sent to Charlie by his Grandpa and Grandma Athya in 1960. The deer fur on the front of the card is textured so it actually feels like fur. 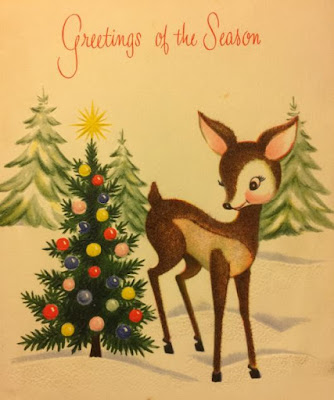 On the back, Grandma Athya wrote “You will tell us what Santa brought you for Christmas won’t you.” 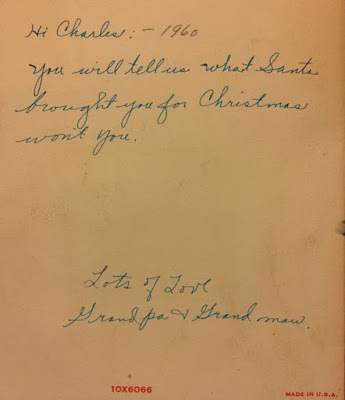 This Santa card was sent to Charlie by Mrs. Gorby and Jimmy (his aunt’s mother and brother) in 1961.

Charlie made this card for his parents. I think it’s cute that he wrote “To Mother and Father” and signed it “Charles M.” He called them Mom and Dad and I’m sure they would have known who Charles was without the initial M. 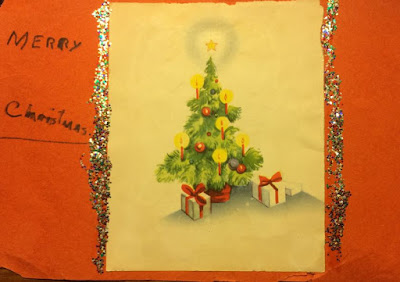 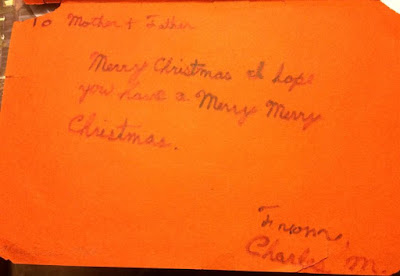 None of the cards have a price on them. I’d love to compare the prices to what you pay for a card today.

I wish you all a very Merry Christmas and a happy new year!
Posted by Denise at 5:54 PM