Keziah Chambers Horne, daughter of Moses Horne and Elizabeth Larimer, was born on July 24, 1873 in Apollo, Armstrong County, Pennsylvania. She was one of eight children—Amanda Larimer Horne, Jennie Horne, Lydia E. Horne, Josephine B. Horne, Ollie Bertha Horne, George Richard Horne, Sr., Keziah Chambers Horne, and one unknown child. I don’t know the sex or name of the eighth child. It was noted in 1900 census records when Elizabeth Horne was enumerated as having had eight children. I have only found seven children for her. Keziah was my husband’s great grand aunt.

On June 26, 1880, Keziah and her family lived in Apollo. His father was a “dealer in groceries” and her mother a dressmaker. She was enumerated as Kizzie. Keziah was received from probation at Apollo United Methodist Church in Apollo on August 25, 1889. She was baptized there on September 10, 1889.


Keziah married Lewis Hamland Shepler Jr., son of Lewis Hamland Shepler Sr. and Louisa Reeves, on May 23, 1896 in Allegheny County, Pennsylvania in a ceremony performed by Rev. C. B. King. Lewis was part of the Shepler family that originated in Germany and whose presence in America dated back prior to the Revolutionary war. Lewis was employed as a merchant, involved in the family business—dry goods. Together Keziah and Lewis had seven children—Bryon Reeves Shepler, Elizabeth Horne Shepler, Josephine Marie Shepler, Louise Margaret Shepler, Harry Thomas Shepler, Howard Moses Shepler, and Harold Lewis Shepler. Bryon was born on August 5, 1896 in Leechburg, Armstrong County, Pennsylvania, just over two months after Keziah and Lewis were married.


Keziah’s daughter Elizabeth was born in Leechburg on May 3, 1900. The census enumerator visited their home on June 1 and found Keziah, Lewis, and their two children (Bryon and Mary) renting a home there in Leechburg. A daughter was enumerated as Mary (age one month) so I assume that was Elizabeth. The age is correct. Keziah and Lewis had been married four years. She was enumerated as having had two children, both of which were living. Lewis was a dry goods merchant. Lewis’ brother Van T. Shepler opened a dry goods store in Leechburg in 1897. Perhaps Lewis was working in that store with or for his brother. There was an 18-year-old black woman named Eva M. Taylor living in the home, enumerated as a servant.


Keizah’s daughter Josephine was born February 3, 1904 in Blairsville, Indiana County, Pennsylvania, about 25 miles from Apollo. Van Shepler opened another store in Blairsville in 1902 so perhaps Lewis moved the family there to work in that store. They were still living in Blairsville when their daughter Louise was born on August 7, 1906. Keziah and Lewis lived in Kittanning, Armstrong County, Pennsylvania in 1908. Lewis was working in the dry goods and notions business. Again, Van Shepler opened a Kittanning store in 1905 so I’m wondering if Lewis moved the family again to work in that store.


Keziah’s father Moses died of heart disease on April 11, 1910 in Apollo. Moses was buried on April 13 at Apollo Cemetery. I don’t know if Keziah was living in Apollo at the time but by April 20, 1910, she and her family had moved to Apollo where they lived on North 9th Street. Keziah and Lewis had celebrated 14 years of marriage by the time the census enumerator came around. It was the first marriage for both. Keziah was enumerated as the mother of four children, all of which were living. Lewis worked as a manager in a dry goods store. On December 18, 1910, Keziah gave birth to twin boys in Apollo—Harry Thomas Shepler and Harold Lewis Shepler. Tragically, Harry died a month later on January 25, 1911 of catarrhal pneumonia (a leading cause of infant mortality in the early 1900s) after being sick for just three days. Baby Harry was buried at Apollo Cemetery on January 26. On February 18, 1912, Keziah gave birth to a baby boy they named Howard Moses Shepler. Howard was given the middle name Moses I assume to honor Keziah’s father. Keziah’s mother Elizabeth died in Apollo on May 1, 1913 after suffering from senile dementia for three years. Elizabeth was buried beside her husband at Apollo Cemetery on May 3. The Pittsburgh Daily Post carried a death notice on May 3:

Keziah’s brother George was tragically killed in 1915 in a train accident. He died on December 19, 1915 from a fractured skull and other injuries caused after being struck by a locomotive on the Conemaugh Division of the Pennsylvania Railroad at the West Apollo Crossing. George was buried at Vandergrift Cemetery in Vandergrift, Westmoreland County, Pennsylvania. 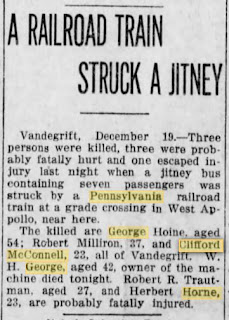 By January 13, 1920, Keziah and her family had moved to 133 Lafayette Avenue in Vandergrift, Westmoreland County, Pennsylvania, the home Keziah would live in for the rest of her life. Her son Bryon no longer lived in the home and Lewis was no longer working at a dry goods store. Instead, he was a chamber man at an acid plant. Keziah’s sister Lydia died in Pittsburgh, Allegheny County, Pennsylvania on October 2, 1923. She was buried at Vandergrift Cemetery.


On April 11, 1930, the census enumerator again found the Shepler family living on Lafayette Avenue in Vandergrift. They owned the home which was valued at $7,500. In performing this census, the enumerator checked to see if the family had a radio. She (Mrs. Carrie Bell) didn’t find one at this home. Keziah and Lewis had now celebrated 25 years of marriage. Lewis was still a chamber man but now at a steel plant. The only children living in the home were Harold and Howard. Harold, at age 19, was married and joined by his wife Mildred. Harold worked at a gasoline station as an attendant.

On April 3, 1940, Keziah and Lewis are living alone in the Lafayette Avenue home. The house had gone down in value to $4,500. At age 68, Lewis was retired, or rather, pensioned, as written by the census enumerator. The highest grade that Keziah had completed in school was the 10th. Lewis graduated from high school, completing 12 grades. Keziah’s sister Josephine died in Apollo on March 24, 1941 of mitral stenosis at the age of 76. She was buried at Apollo Cemetery on March 26. Josephine was blind and never married. Her sister Amanda Larimer Horne Smith died on January 11, 1943 in Washington, Westmoreland County, Pennsylvania. Amanda was buried at Apollo Cemetery.


On January 29, 1953, 79-year-old Keziah suffered a fatal heart attack at her Lafayette Avenue home in Vandergrift. She died 12 hours later. Keziah was buried on February 1 at Riverview Cemetery (also known as Apollo Cemetery) in Apollo. Lewis lived for another five years before his death on June 13, 1958 in Oklahoma, Westmoreland County, Pennsylvania. He was buried at Riverview Cemetery with Keziah.

I don't have a picture of Keziah but do have pictures of two of her sisters and several of her children so you can imagine what she might have looked like. 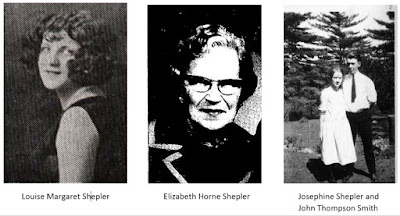 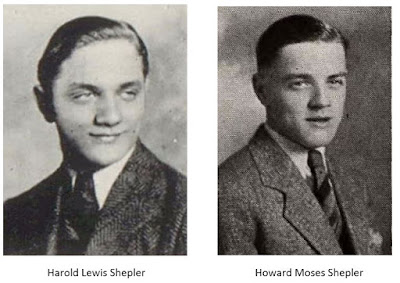