My husband’s grandfather, George Durie Athya, passed away 53 years ago this month—on August 30, 1964. While going through a box of family papers this week, I came across these words spoken by Rev. W. Ralph Lufkin of Westminster Presbyterian Church at George’s funeral service held at Bethany Chapel and Mortuary in Phoenix, Arizona.

The Memorial Words
To worship God we have come together in this place and through our worship we express our thanksgivings to God for his abundant grace and the generosity of His love. As we surrender into the gracious care of God our loved one we remember how God surrendered His Son that we might have life and through His Gift we possess the certain hope of life eternal.

We come in memorial service for George D. Athya who in his usual quiet way has slipped from this world into the glorious presence of Almighty God to take up his residence in that house not made with hands but eternal in the heavens. Released from sickness that plagued him and afflicted him with pain, set free from the frailty of human flesh, to move into the boundless joy of the spirit and to know the wonder of the saintly visions of that brave new world with God as seen by the Apostle John:


Then I saw a new heaven and a new earth; for the first earth had passed away, and the sea was no more. And I saw the holy city, new Jerusalem, coming down out of heaven from God, prepared as a bride adorned for her husband; and I heard a great voice from the throne saying, “Behold, the dwelling of God is with men. He will dwell with them and they shall be his people, and God himself will be with them, and they shall be no more, neither shall there be mourning nor crying nor pain any more, for the former things have passed away. Behold, I make all things new.

One Scripture verse has been much in my mind the last three days for it seemed to belong to the quiet simple, Scottish ways of George Athya’s Christian faith, and it is this: “I would rather be a door-keeper in the house of my God, than to dwell in the tents of wickedness.”

For George Athya kept the house of God as one who knew that its appearance spoke of his own love for the Owner of the house, and wax upon a floor and polish on the door was to him a quiet symphony of praise to God.

The straight rows of chairs, which we will long remember, were as a measuring stick in his life, and the string by which he lined the rows as the plumb line in the hand of the prophet Amos. For here we felt the straightness of life and the depth of faith which he felt for God.

Found among his clippings on a battered piece of paper were these words: “Argument will die if we remain silent and let it die.” It is said: “the dog barks but the caravan passes on.”

So quietly he did his work—sometimes amid the storms—and in his own effective way finished his task and now his caravan passes on to the eternal city of God.

George Athya was born in Glasgow, Scotland in 1892. He served with the Scotch Highlanders in the British military service and later, as a young man, came to this country. George and Bertha Athya were married in 1924. They lived in Apollo, Pennsylvania for a number of years where later I was to serve as a pastor, then moved to Warren, Ohio and in 1953 came to Phoenix where their home has been ever since. 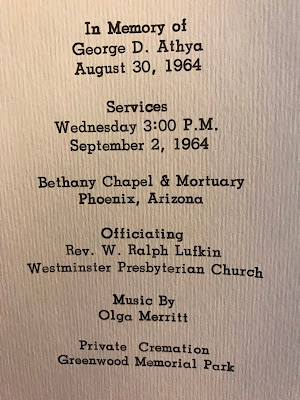 Four children were born to this union, three of whom have come from afar to be with their mother at this time.

While in Phoenix George and Bertha have served as custodians of God’s Church, first at First Presbyterian and in recent years at Westminster. The hours of quiet service, the unnumbered tasks, the quick response to need, the ready wit and good humor, the patient hand, the doing of the right and the Christian fellowship worked into the life of George Athya that quiet presence of God and ever readiness for His will.

As I visited him in the hospital after returning to Phoenix—and how grateful I am for that one brief visit—I found him alert and responsive, still able to share his Scotch humor, still full of quiet life and no fear in his face.

So I was not surprised that this verse of Scripture was found written out in his hand and left among his treasures:

I sought the Lord and he heard me
and delivered me from all my fears. 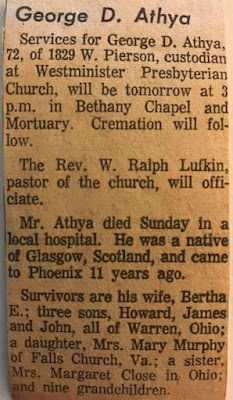 George asked me one day how often we should worship God. And, as at many other times, when he answered his own question, it was out of the Good Book … and this verse too was among those he loved and penciled in his own way:

Seven times a day do I praise thee
because of thy righteous judgments.

Now it has been the righteous judgment of God to call his servant to his eternal home and as we sorrow we too would worship God and give praise to Him as we celebrate his joyful entrance into his Father’s house, where there are many mansions, that there he may ever be with the Lord and await our coming.

George is survived by his wife Bertha, three sons, John, James and Howard all of Warren, Ohio and Mary, a daughter, now living in Falls Church, Virginia, and nine grandchildren.

The Scriptures
A portion of the 43rd Chapter of Isaiah
Psalm 121
Portions of Psalms 90 and 46
The 23rd Psalm
Micah 6:8
Selections from Romans Chapter 8; I Corinthians 15; II Corinthians 4 and 5
The Gospel of John Chapter 14, selected verses 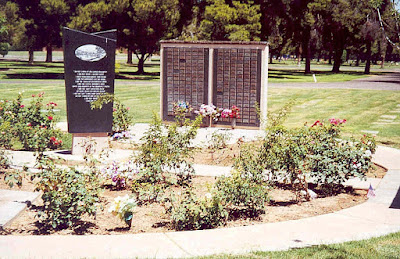 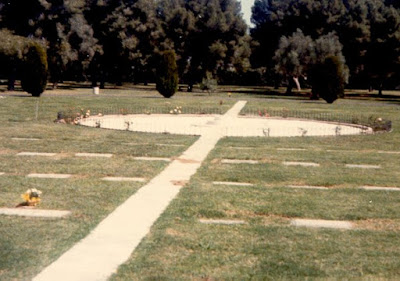 Shortly after George’s death, my husband’s grandmother Bertha moved back to the east coast and lived the remainder of her life with family members. After she left Arizona, Westminster Presbyterian Church ran the following in their church program:

Mrs. Athya To Return East With Her Daughter
On Friday noon Mrs. Bertha Athya returned east with her daughter Mary and grandson Patrick. Two sons who were here with their mother following the death of their father returned last week driving the Athya car. Mrs. Athya will be with the members of her family in Falls Church, Virginia and her three sons (John, James and Howard) who live in Warren, Ohio. Mary (Mrs. Earl Murphy) lives in Falls Church.

As Mrs. Athya leaves us we would recognize the faithfulness of Mr. and Mrs. Athya in the work and worship of our congregation and their faithfulness in the office of custodian of our church buildings. Untold hours of work and the doing of many, many tasks unknown to most of us have kept our church sparkling clean and very attractive during the years of their service. Always at the call of everyone and always willing to do everything makes their leaving a real vacancy in our midst.

The Session in its meeting on Thursday night felt there should be opportunity for everyone to share in a farewell purse which will be mailed to Mrs. Athya when gathered together. No matter how small the gift we hope everyone will wish to share in this. Someone will be at the door as you leave with a plate into which you may place your gift. If you wish to bring it next Sunday there will be opportunity at that time also. An announcement will be made this morning by a member of the Session regarding this opportunity to express the appreciation of our congregation.

Westminster Needs a New Custodian
With the death of Mr. George Athya and Mrs. Athya’s decision to go east to be with her children and their families, Westminster is in need of a custodian. If there is someone in the membership of the church who would be interested in this work we would like to give first consideration to our own. If you are interested please call the church office, CR 4-2122 or Mr. William Keegan, AM 6-8645.
Posted by Denise at 8:25 PM