I’ve written about family treasures in the past but tonight I’m writing about someone else’s treasures—things we found in our house that belonged to previous owners.

Earlier tonight, we watched the CBS News and one of the stories was about a third-grade classroom at a 100-year-old school in Manhattan where the students were digging for treasures in the class closet (Students dig up treasures buried under 100-year-old school in NYC). They interviewed several of the students and you could hear the excitement in their voice as they talked about the treasures they were finding. It reminded me of the treasures we found buried in my house three and a half years ago when we did a major remodel. I remember on several occasions we felt the same type of excitement.

It started early in the remodel—the construction crew tore down the drywall on the top level of the house, leaving a gap at the base of the floor. Before they tore the walls completely down, my oldest son headed upstairs and started digging in the gap to see what he could find. The photo below shows some of the items he found after a couple of digs. 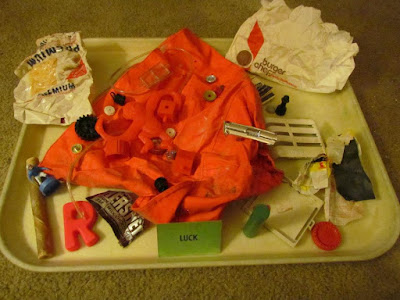 On another occasion, the crew found a copy of a January 1969 issue of Playboy magazine. That caused a lot of excitement amongst the crew so my husband gave them the magazine. Our two adult boys sure were mad at their Dad when they found out. He didn’t even ask them if they wanted it! 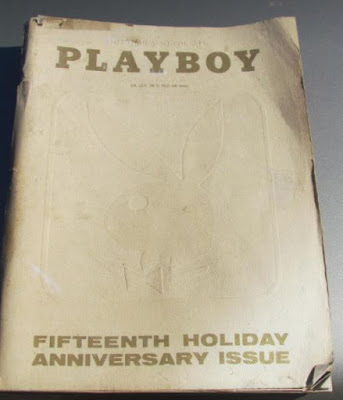 Then on another day, the crew found this stash of beer cans buried in the walls. The crew were all local and had grown up in the neighborhood. One of them said he used to hang out at this house with the boys that previously lived here and he may have even hidden some of the beer cans in the wall.

We lived in the house during the construction so when I got home from work every day, I’d check the house over to see what they had done that day. On one occasion, I found an Eveready battery and an empty box of candy cigarettes standing on the window seal at the top of the stairs. Having grown up watching the Flintstones, I got a chuckle out of the candy box. 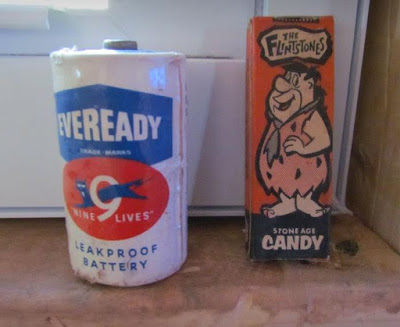 Once they removed the drywall from the stairway, I noticed a huge stash of chewing gum wrappers stuffed in one step. At the time, I wondered why would some kid stuff empty gum wrappers in the walls. But then I wondered, why not! 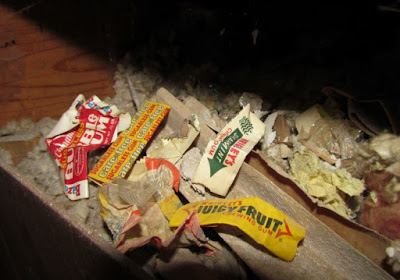 I believe most of the items found up until this point were all from the family that lived in the house immediately before us. As far as we can remember, there were three boys in that family and they most likely had bedrooms upstairs so they were probably who had placed the hidden treasures.

Once the construction moved downstairs, we learned about another family that had lived in the house during the 1950s and 1960s—the Prathers. They had a little boy named Jackson. These are some of his school papers. 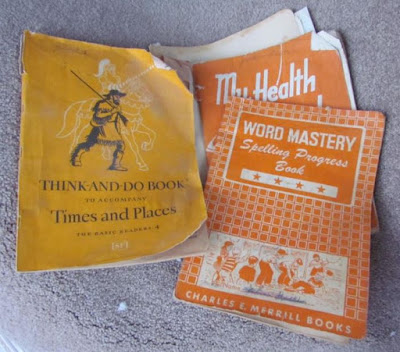 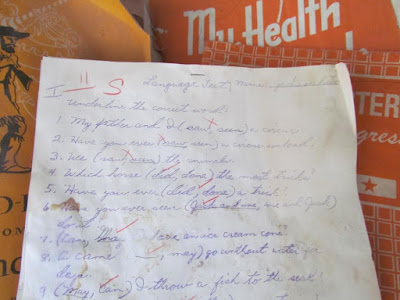 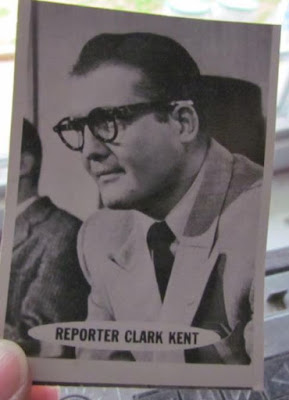 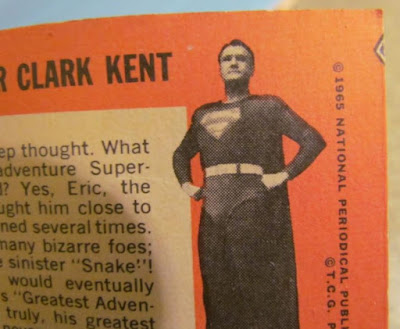 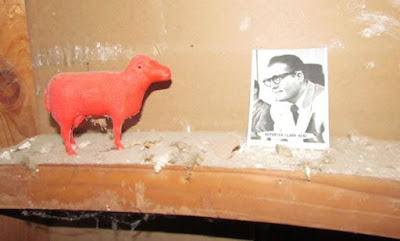 They were God-loving people. 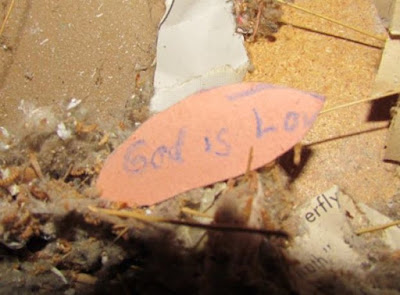 And they either attended, or knew someone who attended, the dedication of the St. Louis Arch on May 25, 1968. 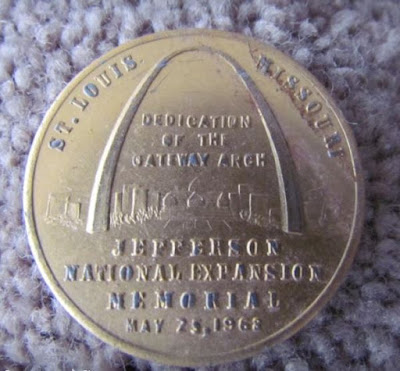 The last item we found was this juice glass, still in perfect condition. It was sitting on a shelf underneath the stairwell where we have a huge storage area. It now sits on top of my family history bookcase as a reminder that others were here before us. 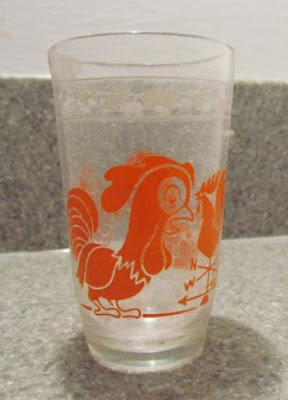 None of these treasures are of any value but, like the students in the CBS News story, I found it exciting and fun to find them and they are all a part of the history of our house.
Posted by Denise at 9:15 PM