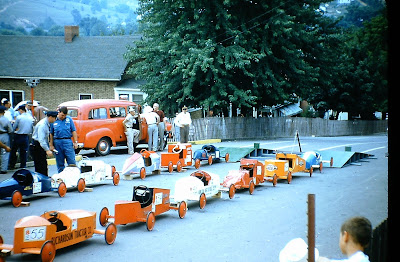 The 52 Ancestors theme this week is “Black Sheep.” Hmm, I’ve already written about my granny, Daisy Lee Shields, who was described to me as the black sheep of the family. If interested , you can read her story here. So, off the top of my head I can’t think of anyone I’m ready to declare a black sheep, nor do I have any sheep farmers in the family. I guess that means it’s time to share more photos from the slide collection of Ralph Murphy, my husband’s uncle. His wife, Aunt Jean, gave the collection to my husband several years ago. It took me a while, but I converted all of the slides to digital and I share them when I can for others to enjoy.

These photos are from a Soap Box Derby that rolled down Pennsylvania Avenue in Nutter Fort, Harrison County, West Virginia every year. I’m not sure what year these photos were taken but my guess would be somewhere between the late 1940s to the mid-1950s. It helps that I know Uncle Ralph’s photo collection dates from 1947 to 1984. Hoping to pinpoint a date and taking note of the red Nutter Fort Fire Department squad car in several of the photos, I contacted the Nutter Fort Volunteer Fire Department via Facebook and sent them a copy of one of the photos. I received several comments from members of their Facebook group:


One person dated the photo 1954 to 1957 and remembered that the Nutter Fort Fire Department used the squad car to pick up the firemen.

A second person dated the photo 1955 to 1960 and remembered watching the races on Pennsylvania Avenue as a young girl.

A fourth person—a former retired president of the Nutter Fort Volunteer Fire Department—dated the photo “somewhere between 1947 to 1957” and stated that it was a “cool old pic and a piece of NFFD history.”

A fifth person stated “Nutter Fort had the truck when we moved to the town (1955). I remember it. I also remember that the truck was wrecked before 1960—one night a drunk stole it from beside the fire station and ran into a bread truck with it. It sat in the lot behind the station for some time after that.”

A sixth person recalled that the Soap Box Derby ended in Nutter Fort around 1967.

A finally, a seventh person stated “Thank you for sharing this picture. It helped the younger members of the NFFD learn about a piece of apparatus that they didn’t know much about and it also served as a great talking point to reminisce about on the Nutter Fort, WV Facebook group. Thanks again!” 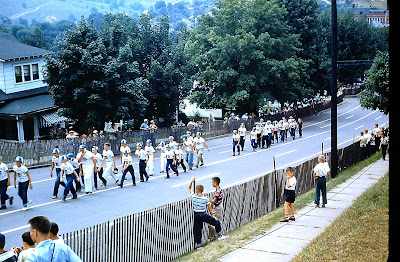 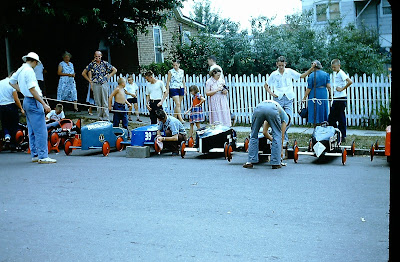 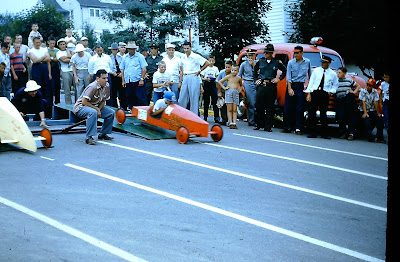 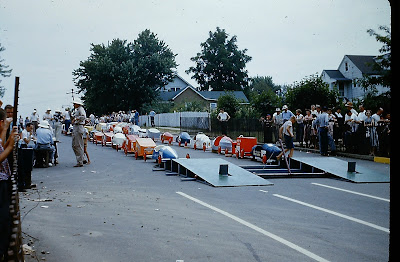 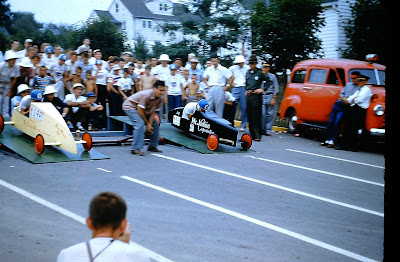 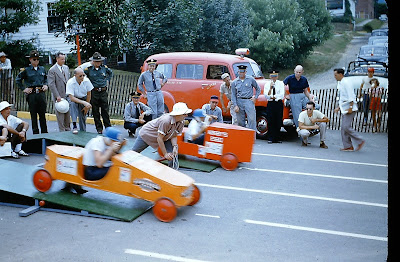 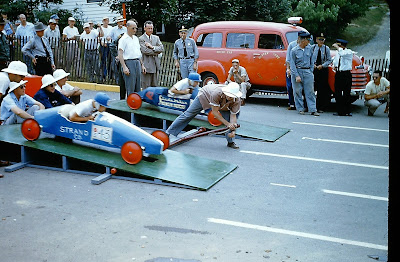 Just like today’s races, the derby cars had sponsors. Some of the businesses represented on the cars were: 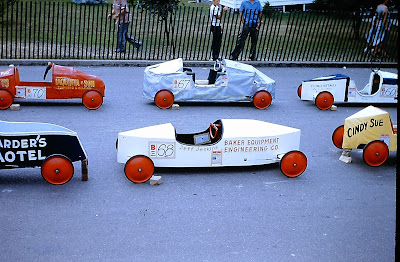 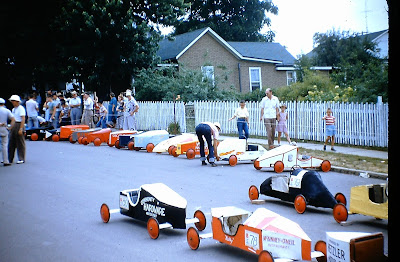 There were other sponsors, but the photos aren’t clear enough to read.

The house in this photo still stands at the corner of Pennsylvania Avenue and White Street. 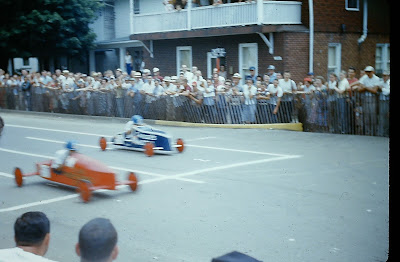 Uncle Ralph and Aunt Jean lived in this house in Nutter Fort. As far as I can tell, the house was not far from Pennsylvania Avenue. 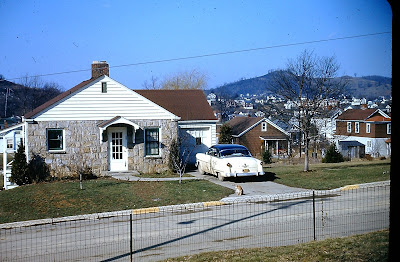 I think Uncle Ralph would be happy to know that his photos live on and are helping people learn a little history for an important organization to Nutter Fort.