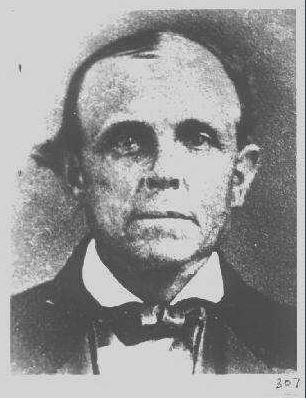 The 52 Ancestors theme this week is “rich man.”

William’s connection to me is very distant—we have no common relative, however, there is a connection. William is the great grandfather of husband of 2nd cousin 3x removed. The connection runs through my 4th great grandfather, Charles L. Lankford. Charles’ son was Robert Chester Lankford > Robert’s son was William Mell Lankford > William’s daughter was Pauline Lankford > Pauline’s husband was Harold A. English > Harold’s father was Patrick M. English > Patrick’s mother was Martha Sarah Cheney > Martha’s father was William Owen Cheney.

William’s father died at the age of 72 in Penfield, Greene County, Georgia on October 19, 1837. John was buried at Penfield Cemetery in Penfield.


William moved from Wilkes to Greene County in December 1839. He remained there the rest of his life.

On October 31, 1850, William, his wife, children, and mother lived in District 161 of Greene County, Georgia. William was a farmer with real estate valued at $5,000. He owned 30 slaves, many of them children. Four years later, William’s mother died at his Greene County home on May 14, 1854. Catherine, a native of Virginia, was 73 years old at the time of her death. She was buried at Penfield Cemetery with his father. William was the administrator of her estate later that year. All of her perishable property, including horses, hogs, plantation tools, corn, fodder, oats, cotton seed, among other things, were sold at her late residence in Greene County, along with a total of 760 acres of land.

On June 2, 1860, William and his family lived in Woodville, Greene County, Georgia. At this point, there were only four children remaining in the home—Mary, Rhoda, Reuben, and Patrick. There was a 33-year-old seamstress named Emily Moore living in the home with the family. William was a farmer with real estate valued at $4,750 and a personal estate valued at $18,000. William was managing the farm with the help of 20 slaves, eight of which were children.

On June 3, 1870, William, Elizabeth, and Patrick lived in Penfield. Unlike years past, the census enumerator didn’t record any real or personal estate for William. Instead, he recorded real estate valued at $1,600 and a personal estate of $800 for Elizabeth. William was a farmer, Elizabeth keeping house, and their son Patrick was a farm laborer.

William died of liver and heart disease in Georgia on Sunday, August 6, 1871. He was buried at Bairdstown Baptist Church Cemetery in Bairdstown, Oglethorpe County, Georgia. His will, probated in Greene County on January 28, 1871, left his whole estate and personal belongings to his wife Elizabeth, 150 acres of land as the homestead, and 800 acres of land. William willed that his son Patrick Mell Cheney remain with his mother until he reached majority. William also willed that Patrick’s board, clothing, and education should be paid for by the estate, and that he receive one good horse, bridle, saddle, one bed and bedstead, furniture, and $50 worth of household and kitchen furniture. Should Elizabeth die before Patrick was educated, then he would receive the homestead and 250 acres of land. William appointed his son Enoch as the executor of the will. When Elizabeth died, their son Enoch was to receive 50 acres of land. The remainder of his land was to be sold and the proceeds would be equally divided between sons John and Robert, and his sons-in-law William H. McWhorter and John S. Wheatly. William’s household and kitchen furniture were to be shared between his sons Enoch, William Jr., John, Robert, and Patrick Cheney, and his son-in-law Stephen English.

Two things strike me about the grave—the “Sen.” after his name on the stone and the Southern Cross of Honor marker at the head of his grave. I thought the “Sen.” meant that William was a senator but I don’t find him listed anywhere as a state or U.S. senator. I also don’t find that he served during the Civil War. I do find a military record for his son, William O. Cheney Jr., who was a surgeon with the 7th Battalion, Georgia Cavalry (State Guards). I’ll keep an eye out for a record that documents his service, if he in fact did serve.

William’s marker is also showing its age. Until this past August, it had been seven years since I last visited Bairdstown Cemetery. When I do visit, I always walk the cemetery with my camera and on both occasions, snapped a photo of William’s grave. When you compare the photos, you’ll notice considerable damage has taken place since my last visit.


By all accounts, William was a rich man. It appears he was very comfortable financially with a large plantation and plenty of land and he was surrounded by his large family, which is worth more than money can buy.