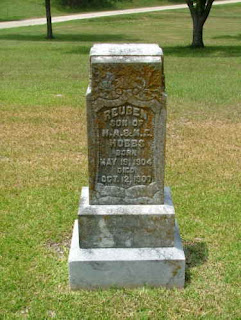 Reuben Hobbs, son of Nathan Augustus Hobbs Sr. and Mary Elizabeth Pitts, was born May 19, 1904 in Georgia, most likely Oglethorpe County. At the time of his birth, Reuben’s parents already had seven children—John Henry Hobbs, George Hobbs, Nathan Augustus Hobbs Jr., Joel Garland Hobbs, Robert Lee Hobbs, William Drew Hobbs, and Eula Bell Hobbs. Reuben became a “big brother” a month before his third birthday when his mother gave birth on April 12, 1907 to a daughter they named Mary Lou Hobbs. Sadly, the excitement of a new baby in the home was shattered six months later when on October 12, 1907, Reuben died in Oglethorpe County. The Oglethorpe Echo reported his death on October 18, 1907:


After a short illness, with membraneous croup, the death angel came Saturday night to relieve the suffering of Reuben, the sweet little son of Mr. and Mrs. N. A. Hobbs. Although less than four years old, little Reuben possessed the intelligence of a much older person and by his sweet winning ways won the hearts of all who knew him. On Monday afternoon the funeral services were conducted by Rev. M. S. Weaver and the remains laid to rest in the Colquitt burying ground. 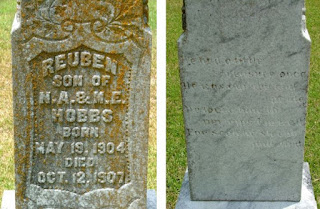 The epitaph inscribed on the back of Reuben’s tombstone reads: 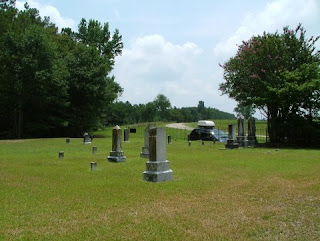 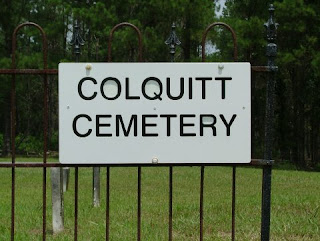