When Eliza was just three years old, a baby brother named John Newton Holland was born and died on May 3, 1860. They buried baby John at Neal’s Creek Baptist Church Cemetery in Anderson. On June 2, 1860, Eliza, her parents, and one-year old brother Marion lived in Regiment 4 of Anderson County. Her father was a day laborer with a personal estate valued at $150. Their world was turned upside down the following year when the American Civil War started on April 12, 1861. Within two weeks, Eliza’s father had enlisted as a private in Company L of the Second South Carolina Rifles, Jenkins Brigade, C.S.A. Not long after Eliza’s father left home, a fourth child (Thomas) joined the family on July 8, 1861 leaving Amanda with three small children to take care of alone. Eliza’s father survived the war through the end and was with General Robert E. Lee when he surrendered at Appomattox, Virginia on April 9, 1865. Leroy made his way back home to Anderson and within three years, Eliza had two new brothers, Harrison and John Louis. Sadly, John Louis died at the age of six months on June 26, 1868. He too was buried at Neal’s Creek Baptist Church Cemetery in Anderson. Her brother Brown was born in 1869. 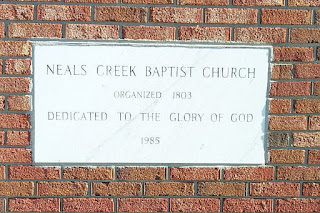 On July 8, 1870, Eliza and her family lived in Broadway, Anderson County, South Carolina. Her father was a farm laborer and her mother was keeping house. Eliza finally had a sister in 1871 when Maggie was born. As was the case with her two brothers, Maggie died on March 1, 1872 at the age of seven months. She was buried at Neal’s Creek Baptist Church Cemetery with her brothers. This family suffered another loss when their fourth child Thomas died on October 22, 1873 at the age of 12. He was buried at Neal’s Creek Baptist Church Cemetery in Anderson. And then the unimaginable happened when Eliza’s 38-year-old mother died on December 18, 1877. She was buried at Neal’s Creek Baptist Church Cemetery in Anderson with the four children who died before her. Eliza was 20 years old when she lost her mother. Now the woman of the house, I assume Eliza took care of her six surviving brothers, including the youngest at less than three months old, while her father worked the farm. Eliza only had this responsibility for a short period though as less than two years later, her father married Cindarilla Darliska Amanda Hall, daughter of Aaron Hall and Clementine Ann Norris, in Anderson on August 3, 1879.

On June 1, 1880, Leroy and his family still lived in Broadway but Eliza wasn’t with the family. I have yet been able to find her during but believe she was also living in Broadway. I just don’t know where. Three days before her birthday in 1883, Eliza died in Anderson County on September 10 following a short illness. The Intelligencer in Anderson reported her death on September 27:


Miss Eliza A. Holland, eldest daughter of Mr. E. M. Holland, of Broadaway [sic] township, died on the 10th inst., after an illness of several weeks, aged about 28 years. Her remains were interred in the Neal’s Creek Churchyard on the day following her death. Rev. W. H. King conducting the funeral services.


On October 4, The Intelligencer published a correction on September 27 after inaccurately reporting the name of her father:


Eliza was buried at Neal’s Creek Church Cemetery. I’ve made one visit to that cemetery and took photos of every Holland stone there. I don’t have a photo of her stone so either she doesn’t have one or I missed it.
Posted by Denise at 9:29 PM