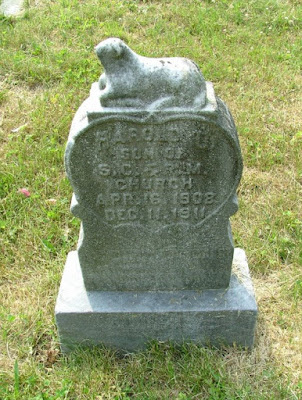 On May 10, 1910, Harold and his family lived in the Church District of Wetzel County. His father was a farmer on a general farm. Harold’s parents had been married for eight years. The census enumerator reported that Rhoda was the mother of three children, all of which were living. There was no mention of the stillborn daughter found in the General Index and Register of Births for Wetzel County, West Virginia.


Harold is a descendant of Henry “Old Hundred” Church for whom the town of Hundred, West Virginia is named.