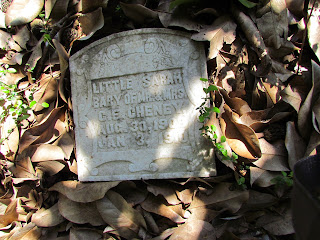 She’s at it again—Amy Johnson Crow that is—the professional genealogist who was the inspiration for my weekly ancestor blog posts. In August 2014, I discovered Amy’s 52 Ancestors Challenge that she posted on January 3, 2014. I joined the challenge the next month and have blogged weekly since September 21, 2014. I’m not a writer but I haven’t let that stop me. For what it’s worth, I actually think my writing has gotten better with practice. In 2015, I set several genealogy goals with one of them being to complete the challenge, which I did on September 4, 2015. Once the challenge was complete, I decided to keep going, later adding family treasures, Bairdstown Cemetery, and heirloom recipe pages to my blog.

On December 29, 2017, Amy announced the 2018 version of the 52 Ancestors in 52 Weeks challenge. Each month, she’ll issue prompts to be used for the weeks in that month. The purpose of the prompts is simply to “get you thinking about an ancestor who fits how you interpret the prompt.” You don’t have to use the prompt if you don’t want to though. You just have to write!

I find it helpful to keep an editorial calendar for planning out my blog. I don’t always stick to it but I’m trying to match some of my posts with the dates of the year so to do that you have to plan, at least a little. The prompt for week 1 is “Start.” I wrote this post for Sarah Cheney months ago, purposely planning to post it this week. So, let’s get “Started” with the 2018 52 Ancestors in 52 Weeks Challenge!

This blog post is also another in a series connecting the dots in my tree to the souls buried at Bairdstown Cemetery in Bairdstown, Oglethorpe County, Georgia.

Baby Sarah’s life was very short—she died on January 3, 1910 at just four months old, again most likely in Woodville. I haven’t found a birth or death record for Sarah but her parents were living in Woodville when the census was taken on April 30, 1910 so that’s how I’ve determined her birth and death location. If she’s in your family tree, you’ll need to find a record to prove the location.

Her grandmother, Sarah H. Cheney, was buried beside Enoch when she died in 1915. Was Baby Sarah named after her grandmother?

I don’t find a connection for Sarah to my family but she is buried beside a tree not far from my grandparents, Carroll and Floria Lankford, and I recall walking past her grave every time I’ve visited that cemetery. That’s connection enough for me.

Remembering Baby Sarah—108 years (this week) after her death.
Posted by Denise at 8:27 PM