The 52 Ancestors theme this week is “Military.”

If you read my blog post last week, you learned about Bertha Smith Athya’s photo album … the one where none of the photos are labeled. We can identify some of them, but many are unidentified family or friends. The World War I era soldier in the two photos below are an example of what’s in the album. 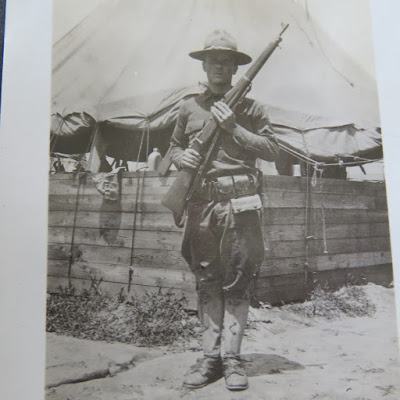 I have no clue whether he’s a family member or a friend. I’ve looked through the family tree trying to identify him, but no luck so far. Bertha was living in Westmoreland County, Pennsylvania from the time of her birth in 1898 until she married George Athya in 1924 so that would a good clue as to where he’s from. 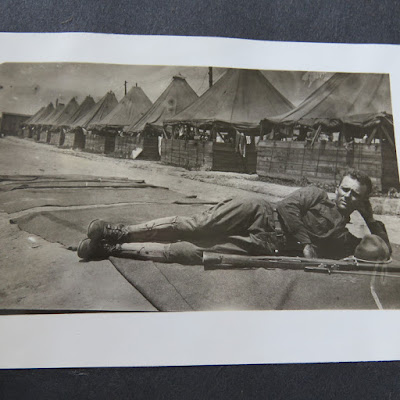 With a little research, I’m dating the photo ca. 1917, which fits into the timeframe of Bertha’s album.

On November 11, 1918, it will have been 100 years since the end of the Great War. I felt it would be appropriate to get this soldier’s photo out of the album and on the Internet. Perhaps someone will recognize him, and if so, I’d love to hear from you.