The 52 Ancestors theme this week is “another language” and as hard as I tried, I couldn’t come up with anything. So instead, I’ll focus on documenting another family treasure—a photo album that belonged to my husband’s grandmother, Bertha Smith Athya.

The album is bound in brown, textured leather and is 7 1/4 x 10 1/2 inches. The edges show a few signs of wear but is in very good condition otherwise. The inside pages are standard, black photo album paper. There are 164 photos on 30 of the 50 pages. One page has a greeting card glued to it and 19 pages are blank. All of the photos are glued on the pages and not a single photo is labeled. Luckily, Bertha left behind a box of photos and she wrote names on the backs of some of them. With the help of those photos, I’ve been able to identify a few of the people in the album.

The album appears to contain photos of both family and friends dating from the early 1900s to the mid-1930s. One photo is marked 1-7-17. Many of the photos are of Bertha herself. Some are her mother Amanda Horne Smith, her Aunt Electra Smith Jack, brothers Howard, George, and John Smith, sisters Edith and Helen Smith, sister-in-law Myrtle Stewart Smith, and sons John and Howard Athya. Several are a group of church ladies, I believe from Apollo, Armstrong County, Pennsylvania. Bertha’s family lived in Apollo and later Westmoreland County, Pennsylvania so I’m assuming that would be where most of the people in the album lived as well.

The photo below is a post card and not part of the album. “Bertha Smith, Paulton, Pa.” is written on the back so I assume it was taken at whatever school Bertha attended at the time. Bertha (or maybe it's her sister Helen) is standing at the end of the second row in the dark dress. I estimate she’s about nine years old so that would date the photo circa 1907. If that's Helen in the photo, the date would be circa 1904. After comparing the group photo to some of the individual photos from the box, it appears some are the same girls and boys. 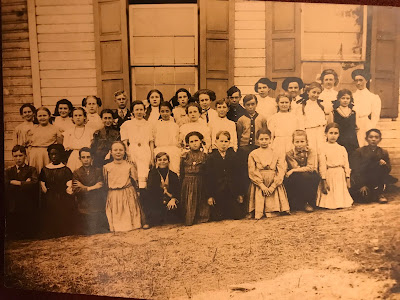 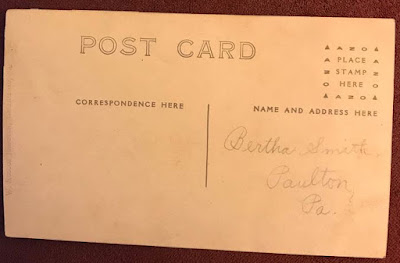 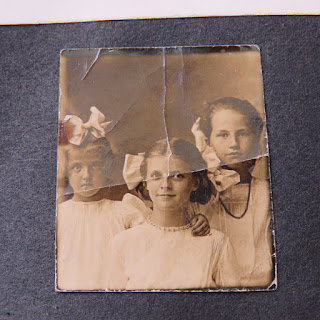 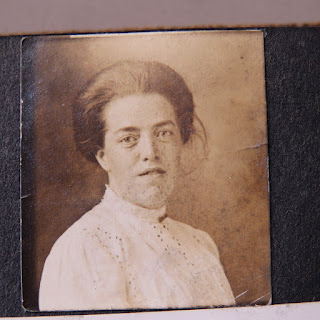 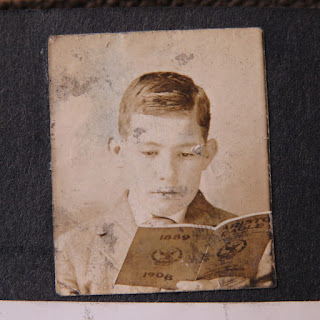 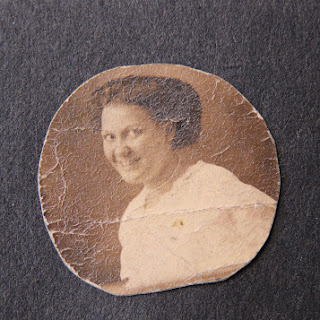 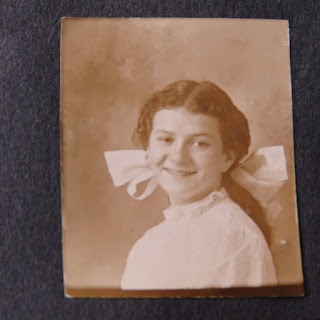 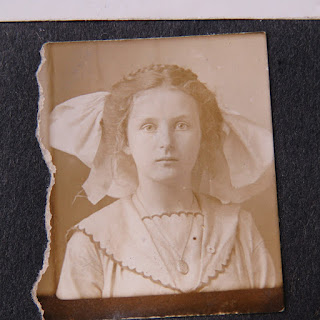 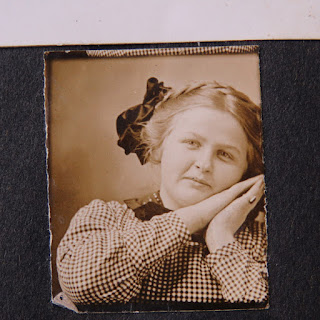 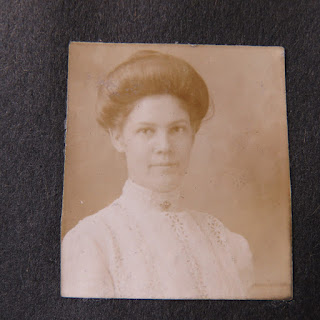 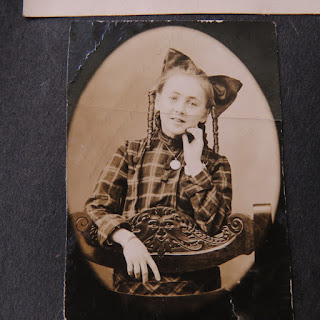 Take a look for yourself. What do you think? Are the people from the album found in the group photo?

If you recognize anyone, I’d love to hear from you.
Posted by Denise at 9:48 PM