If you read my weekly blog posts, you know that I periodically share photos from my husband’s uncle Ralph Murphy’s slide collection. If you’ve missed them, you can check them out here:

Uncle Ralph’s slide collection, which dates from 1947 to 1984, contains wonderful photos of family members, friends, co-workers, and their travels. Unfortunately, many of the people in the photos are unidentified. Uncle Ralph passed away in 1998 so is no longer here to help with identification. On my husband Charlie’s last visit with Aunt Jean, he took printed copies of some of the slides. She enjoyed seeing the photos again but was unable to remember who most of the people were. So, I’ve made it a mission to share these photos on my blog in hopes that someone will stumble across them and recognize a family member. I’d love to be able to put names to the faces looking back at me.

When doing research for the Nutter Fort Soap Box Derby and Warner’s Skyline Drive-in posts, I contacted a couple of people I found on Facebook whom I thought might be able to help with my mission. I first contacted the Nutter Fort Volunteer Fire Department (NFVFD) about one of the photos in the Soap Box Derby collection which included a car clearly marked Nutter Fort Fire Department. I hoped to date the photo and then, if lucky, identify people in the photo. They shared the photo with their Facebook group and while no one recognized anyone, they were able to pinpoint a date and many of them shared memories of past Nutter Fort Soap Box Derbies. They told me they were able to use the photo to help “the younger members of the NFVFD learn about a piece of apparatus that they didn’t know much about and it also served as a great talking point to reminisce about on the Nutter Fort, WV Facebook group.”

The second person I contacted was Sam Caputo Jr., whom I believed to be the son of Sam Caputo, a previous owner of Warner’s Skyline Drive-in Theater in Clarksburg, West Virginia. I sent Sam a Facebook message in January 2018 to identify myself and tell him about the collection of drive-in photos. There was one photo I thought might be his parents, although if I’d thought about it, the photo was probably taken before his parents owned the drive-in. I asked Sam if he minded me sending the photo to him. I waited several weeks for a response but when I didn’t hear back from him, went ahead and posted the group of photos in February. Then finally, on October 9, I heard from Sam who said he didn’t check that account very often. Sam confirmed that he was in fact the son of the previous drive-in owners and he told me


… “the photos that you shared of the projection booth, ticket booth, concession stand, pond, screen and field are exactly as I remembered them as a small child. Over the years some modifications were made by my parents for a variety of different reasons. The most extensive one was the replacement of the screen that you mentioned being destroyed during a storm. I remember the day my dad was notified of the damage, being a small child, it was quite disheartening to see the look on his face. It was the same year his father was struck and killed by a train on his way to work. Unfortunately, I did not recognize any of the people in the photos, and none were of my Mother. My parents were not ones that took a lot of photos, believe it or not we have none. This blog brought a tear to my eye as the Skyline was operated primarily as a family operation which consisted of my parents, my two older sisters, and myself. For the longest time there may be only one person helping in the concession stand and the projectionist that were not family.”

Sam went on to talk about the drive-in marquee. He wrote


… “Over the years it has been weathered, hit by vehicles, and damaged by storms. I recently replaced some of the facing and was able to salvage the original front and rear of the arrow. I own a small pest control company for 48 years and my office is on the drive-in property. Every day people from the community that remember the drive-in reminded me how the sign was considered an iconic part of the history of this area. Having been said I made repairs keeping as much of the original part of the marquee in an effort to keep the landmark alive.”

Sam asked for copies of the photos, so I sent him digital copies of all of them. He wanted to


… “create some sort of album to give to my three children as they were the only grandchildren my parents had and were very attached to them and also got to enjoy the Skyline in their younger days.”


… “Once again I am so grateful for the work and effort you provided in your blog spot. Had I not seen this, the memory of the Skyline would only have been the photos in my mind.”

That last sentence stood out to me! It’s frightening to think about the photos sitting in boxes under beds, in albums stuck in closets, or who knows where else, stashed away for no one to see. We all need to make a point to digitize and share our photos so others can enjoy them. Especially the photos of past generations.

Ten days after Sam contacted me, he wrote again asking my permission to share my blog and photos on “a couple of Facebook pages regarding growing up in Clarksburg, WV.” He felt they


“would create quite an interest and possibly identify some of the people in the photos.”

Sam must have posted a link to my Skyline Drive-in blog post because it's been viewed over 800 times in the last few weeks ... way more than normal!  I know there are people out there who would recognize the people in Uncle Ralph’s photos, as well as other photos my husband and I have inherited. I hope someone does recognize a family member or friend from long ago. My determination is even stronger now to continue my mission of sharing these wonderful snapshots of history.

Of course, I can’t post without including a few photos. Uncle Ralph was usually the person behind the camera, but every now and then, Aunt Jean (or someone) took the camera and managed to take a photo of Uncle Ralph. Below are a few of him found in his slide collection. 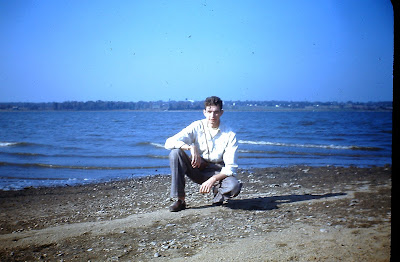 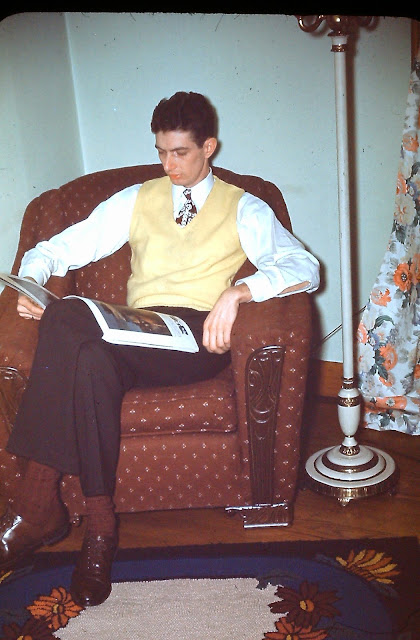 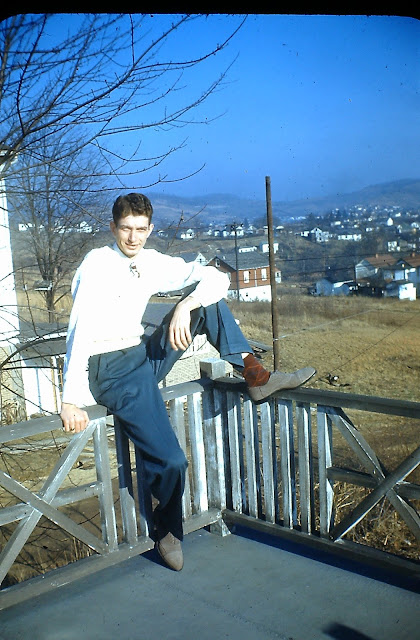 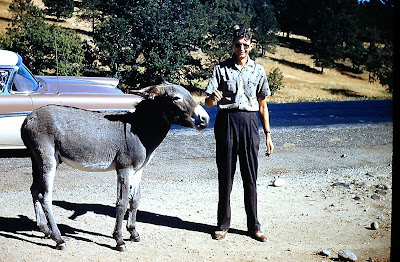 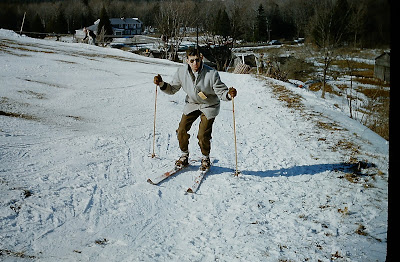 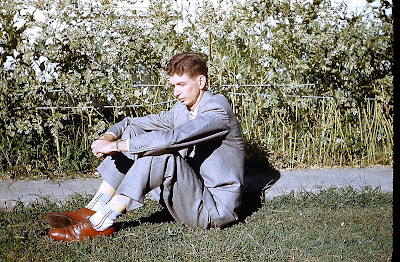 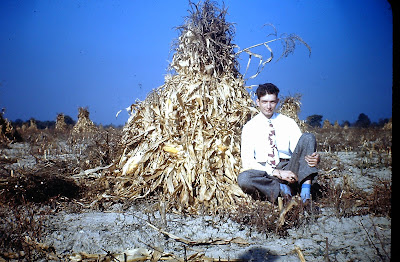 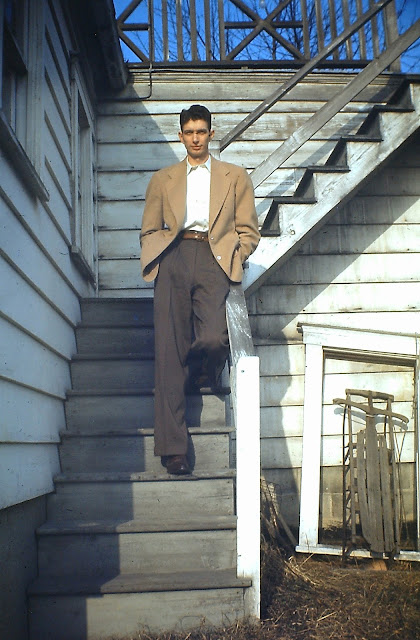 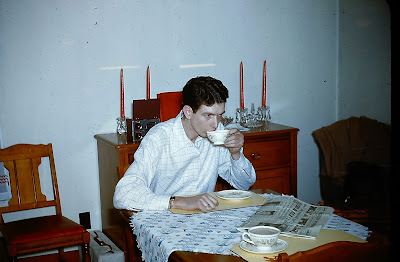