The 52 Ancestors theme this week is “school days.”

My mother-in-law, Mary Margaret Athya, graduated from Warren G. Harding Senior High School in Warren, Trumbull County, Ohio on January 27, 1949, just before her 20th birthday. For my post this week, I thought I’d share several items and details related to her senior year at the school.


Graduation took place at 8 p.m. on Thursday, January 27, 1949 with 169 students walking across the stage. That year was the first time in the school’s history that graduates wore caps and gowns at the baccalaureate service and commencement exercise. 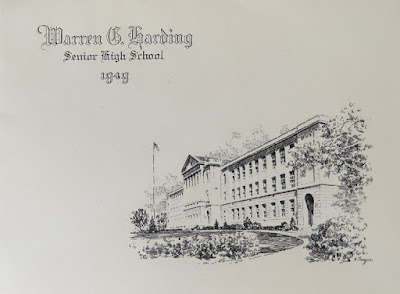 The Tribune Chronicle ran this photo on January 26, 1949. 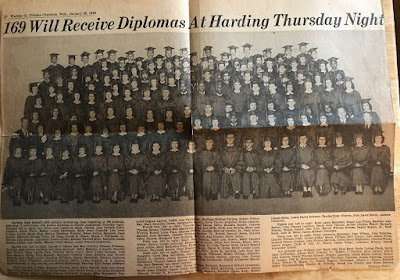 Mary is in the fifth row, seventh person from the left.

She’s the young woman in the center. 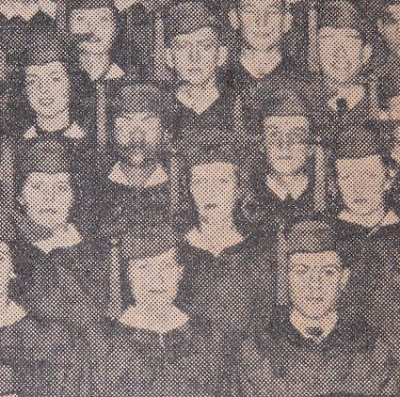 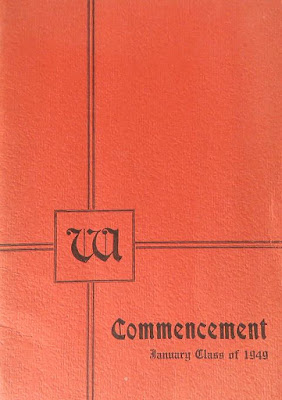 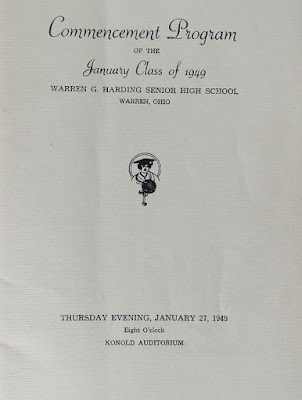 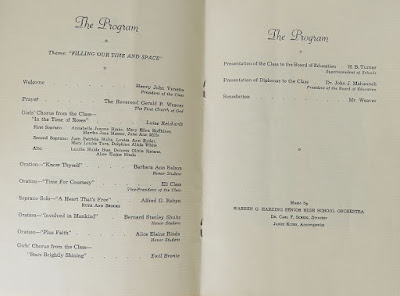 With her last name starting with an “A,” Mary was listed near the top. 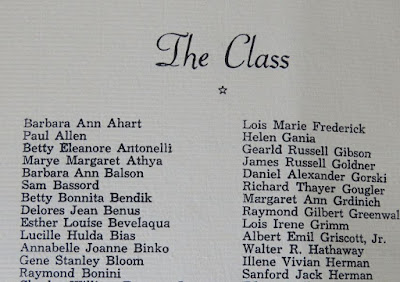 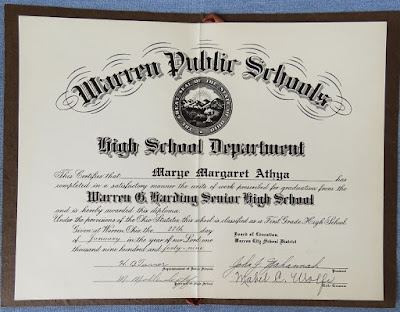 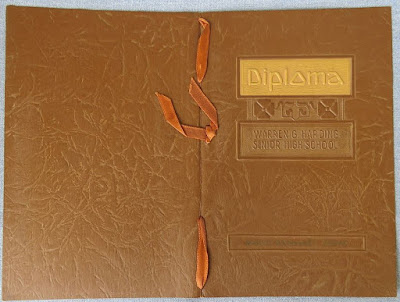 I never noticed until I took this photo that her name is embossed on the diploma cover. 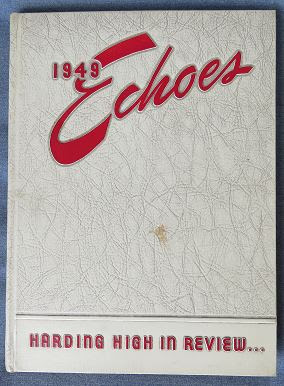 Mary as she appears in the yearbook. She once told me a bunch of girls wore the sweater she’s wearing in this photo. The photographer snapped the photo and then the sweater was passed to the next girl that wanted to wear it. 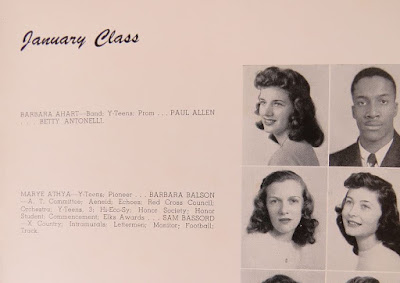 The yearbook tells us that she participated in two groups, Y-Teens and Pioneer. Unfortunately, I have no clue what activities either group did. This photo of the Y-Teens appears in the yearbook. If she’s in the photo, we can’t identify her. 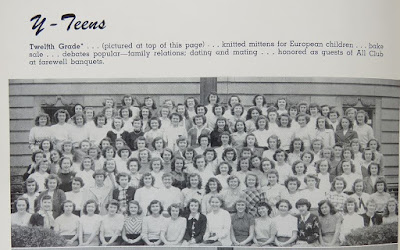 This Certificate of Graduation covered four years of high school. Mary took the usual courses: English, Social Studies, Mathematics, Science (Biology and Mental Hygiene), Home Economics (Foods and Clothing), Commerce (Bookkeeping and Typewriting), Driving, and Physical Education. Mary quit school at some point but returned to finish and graduate. I don’t see that reflected on the certificate though. 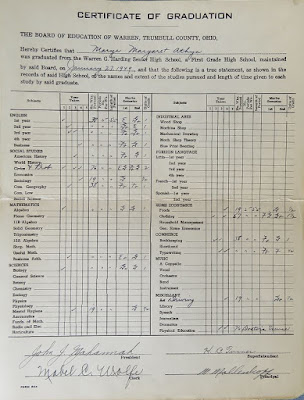 Mary received a certificate of proficiency for driver education on January 24, 1949. 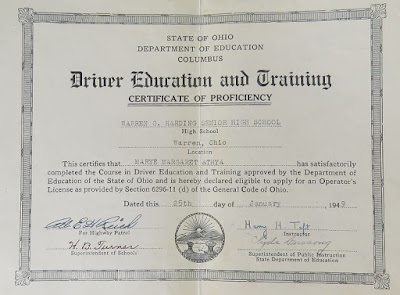 Her first name was spelled Marye (vs. Mary) in the yearbook, her senior card, diploma, and the driver training certificate. Mary herself spelled it that way when she wrote her name in the front of her autograph book. You can read about her autograph book here.

References
Posted by Denise at 8:18 PM