Mack Sneed, a veteran of the Spanish-American War 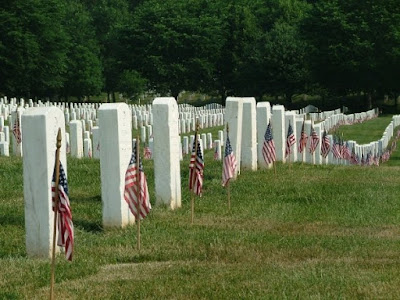 Monday is Memorial Day, a federal holiday where we honor military personnel who died while in the service of our country. A week ago, I didn’t know Mack Sneed existed. Tonight, I want to honor him by telling his story, at least as much as I know.

On June 18, 1880, seven-year-old Mack lived with his family in Richardson Cove, Sevier County, Tennessee. Most family members were enumerated with just an initial vs. a name. Mack’s father and brother George worked on a farm; his mother was keeping house. Neither parent could write; George was unable to read or write. The census enumerator didn’t note whether Mack could read or write.

At the age of 25, Mack traveled to Louisville, Kentucky on November 4, 1899 and enlisted in the U.S. Army as a private by Lt. Fleming. His enlistment was for a period of three years and Mack was to serve in the 1st U.S. Infantry, Companies C and G. The enlistment register noted that he was a farmer of medium build and was 5’ 9 1/2” tall. Mack had blue eyes and a fair complexion. Prior to his enlistment in the Army, the 1st U.S. Infantry was sent to Cuba in 1898 at the beginning of the Spanish-American War. American troops remained in Cuba when the war ended later that year and was still there when the Philippine-American War started in 1900.

On June 8, 1900, Private Mack Sneed was enumerated with the “Military and Naval Population” serving with Company G of the 1st Infantry Regiment at the Pinar del Rio Barracks in Cuba. His official residence was Emerts Cove in Tennessee. Mack was able to read, write, and speak English. On June 26, 1900, Mack was counted for a second time when the census enumerator visited the home of Mack’s mother Mary in the 2nd Civil District of Sevier County. His mother was widowed so his father was dead. I have yet to determine when or where his death occurred. Mary’s occupation was farmer. This census record told me she had given birth to eight children, seven of which were living. Mack was enumerated as a 25-year-old single male and a soldier. His brother West Sneed was single, 21 years old, and working as a farm laborer. A 17-year-old female name Josie L. Sneed, born February 1883, was living in the home and enumerated as Mary’s granddaughter. At this time, I don’t know which of Mack’s brothers was her father. I have assumed that Mack wasn’t living at home when the census was taken on June 26 because three days later, he died of pernicious malarial fever in Cuba on June 29, 1900. Mack was apparently part of the U.S. occupation in Cuba at the time of his death. Disease was rampant in Cuba and Mack contracted malaria while there. His death was reported in multiple newspapers in the United States, including The Courier-Journal in Louisville, Kentucky; The Richmond Item in Richmond, Indiana; The Indianapolis Journal in Indianapolis, Indiana; and even in German in the Der Deutsche Correspondence in Baltimore, Maryland.

Mack’s body was returned to New York on March 18, 1901 via the USAT McClellan, a U.S. transport ship. His body was then carried to Arlington, Virginia, probably by train, and he was buried in section 22, grave 15043 at Arlington National Cemetery. His grave is located in a Spanish-American War section located at McPherson and Lawton Drives, behind the Tomb of the Unknown Soldier.

Mack’s time in the Army was short, just under eight months. He didn’t die during battle but from disease, but death is death and he possibly would have made it back home had he not contracted malaria.

I live 30 miles from Arlington Cemetery. Were we not in the middle of a worldwide pandemic because of COVID-19, I would take a ride to the cemetery this weekend to visit Mack’s grave. Instead, I’ll say a prayer for him tonight. Thank you for your service Private Sneed.
November 2020 update: Sharing Mack's story during the Genealogy Blog Party honoring veteran and military ancestors.