Myrtle Mary Stewart, daughter of Abner D. Stewart and Mary Bell Johnston, was born September 25, 1892 in Allegheny Township, Westmoreland County, Pennsylvania. She had a brother named Harry Howard Stewart. Myrtle apparently had a third sibling that died. This is based on the 1900 and 1910 census records which listed Mary Johnston Stewart as the mother of three children, two of which were living.

On June 6, 1900, Myrtle and her family lived on a farm in the Allegheny Township. Her father was a farmer and her 11 year old brother Harry a farm laborer. A 26 year old man named Harry McCurdy was a boarder in the home, most likely working on the farm as he was also listed as a farm laborer. It’s possible that other family members lived close by as several of their neighbors had the last name of Stewart or Johnston.

By April 23, 1910, the family had moved to Apollo, Armstrong County, Pennsylvania. They lived in a home located on the south side of North Fourth Street. Myrtle’s paternal grandparents, Robert George Johnston and Mary Catherine Kimmel Johnston, lived next door. Her father was a merchant in his own store and her brother Harry was a college student. Both Myrtle and her mother were unemployed. The move to Apollo was a good one as this was most likely where she met her husband. Myrtle married Howard Stanley Smith, son of John Milton Smith and Amanda Larimer Horne, sometime before June 5, 1917 which is when Howard registered for the World War I draft. Howard noted on the draft record that he was married. He did not however, record that he had any children under the age of 12. This record is important because I haven’t found a marriage record yet so I don’t have a marriage date. Together Myrtle and Howard had three children—Stewart Stanley Smith, Alma Margaret Smith, and Richard Franklin Smith. Stewart, their first born, joined the family on January 11, 1919. The year began full of joy with a new baby in the family and ended with sorrow when Myrtle’s father Abner Stewart died on December 30. He was buried at Apollo Cemetery in Apollo.

On January 12, 1920, Myrtle and Howard lived with her mother and brother Harry in the Apollo North Fourth Street house. Howard was a clerk in a mill office. Stanley was 11 months old. Their only daughter, Alma Margaret Smith, was born in Apollo on February 25, 1922. The family was completed when their third child, a boy they named Richard Franklin Smith, was born in Apollo on July 17, 1924. Myrtle’s mother Mary died in Apollo on March 31, 1929. Myrtle was the informant on her death certificate. Mary was buried at Apollo Cemetery.

On April 11, 1930, Myrtle and Howard lived in the First Ward of Apollo. Howard was now a hardware merchant. Their house which they owned was valued at $3000 and contained a radio.

On April 4, 1940, Myrtle and her family still lived in the Apollo North Fourth Street house. Her husband Howard was a salesman in a hardware store. Her son Stewart, who still lived at home at the age of 21, worked as a mortician’s helper. In 1942, Howard registered for the World War II draft. They lived at 507 North Fourth Street in Apollo so were in the same house. I don’t believe Howard served during the war but I’m sure that weighed heavy over Myrtle. Howard retired as a hardware store owner in 1946.

On December 23, 1959, the Leader-Times of Kittanning, Pennsylvania, reported that “Howard S. Smith, Apollo borough secretary for 38 years, has resigned his post due to ill health. He is recuperating at his home from a heart attack suffered last month.” Howard died at their residence on January 14, 1961 after suffering another heart attack. King Funeral Home handled his funeral with the Rev. Warren Martin, pastor of the Apollo Presbyterian Church, in charge of the service. Howard was buried at Riverview Cemetery in Apollo.

Myrtle’s brother Howard died June 1973 in Apollo leaving her as the last member of the family. Myrtle herself died on September 5, 1978 in Apollo. She was buried beside her husband at Riverview Cemetery in Apollo.

Myrtle and Howard lived in their home on 507 North Fourth Street in Apollo for 44 years. Her husband served as a well-respected member of the Apollo Council for 38 years. 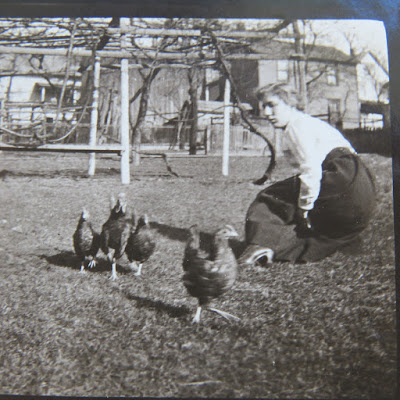 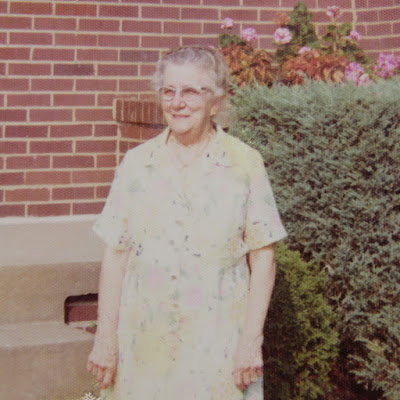 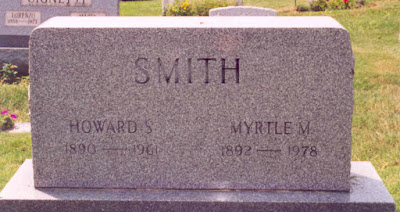