On June 9, 1900, seven-year-old Martha and her family lived in the Church District of Wetzel County, West Virginia. Her father was a farmer and her brothers Samuel, James, and Charles were all farm laborers. The census enumerator recorded her mother as having had 11 children, 10 of which were living.

On April 28, 1910, Martha and her family lived in the Clay District of Wetzel County. At age 17, Martha was not working. She could read and write but was not attending school. Her father was a farmer on a general farm. Her sister Dessie, age 21, still lived at home and worked as a servant for a private family. Her 14-year-old brother Henry was a farm laborer on the home farm. This census record shows that her mother Lucinda was the mother of 13 children, 10 of which were living, so she had apparently had two children that did not survive between 1900 and 1910. Martha’s parents had been married for 32 years.

Martha married Lester E. McIntire, son of Frederick A. McIntire and Mary E. Hall, in Harrison County, West Virginia on August 14, 1918. Lester was a teamster in an oil field in 1910. His World War I draft registration card tells us that he was 5’ 9” and of medium build. He had blue eyes, brown hair, and was missing a forefinger on his right hand.

I have been unable to find Martha and Lester in the 1920 census, even after hours of searching. Sadly, after just seven years of marriage, Lester died from a brain tumor, with a contributory cause of cardiac dilatation (a disease of the heart muscle), in Smith Springs, Harrison County, West Virginia on December 5, 1925. His twin brother Chester was the informant on his death certificate. Lester was buried at Elkview Cemetery in Clarksburg, Harrison County, West Virginia on December 7. He was just 36 years old at the time of his death.

Martha married Lester’s twin brother Chester (Berry) McIntire four and a half years after Lester’s death. The marriage took place in Harrison County, West Virginia on May 12, 1930. Chester was an inch taller than his brother, standing at 5’ 10”. Chester had brown eyes, gray hair, and a ruddy complexion. He was a roofer.

As far as I can tell, Martha never had children with either Lester or Chester.

The 1930s was a sad time for Martha and her family. Her brother Samuel died in the Church District of Wetzel County on June 22, 1931, her father Robert died in Littleton, Wetzel County, West Virginia on November 29, 1932, and her mother Lucinda died in Littleton on January 13, 1933. All three were buried at Thomas Chapel Cemetery in Wetzel County.

Martha, a 43-year-old housewife, died of peritonitis at 5:45 a.m. on August 6, 1936 in Clarksburg, Harrison County, West Virginia. A contributing factor in her death was an infection of the bowels. According to Wikipedia, “peritonitis is an inflammation of the peritoneum, the thin tissue that lines the inner wall of the abdomen and covers most of the abdominal organs.” Her husband Chester was the informant on her death certificate. Dr. D. Leeson of Clarksburg attended to her from July 30 to August 5, 1936. Martha was buried beside Lester at Elkview Cemetery in Clarksburg on August 8. Martha’s second husband Chester lived until 1964. He too was buried at Elk View Cemetery in Clarksburg. 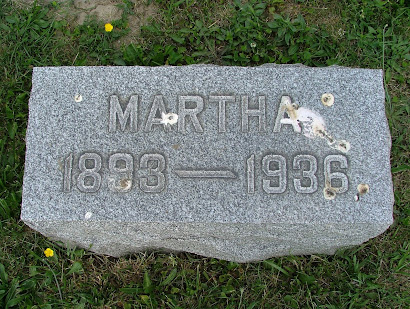 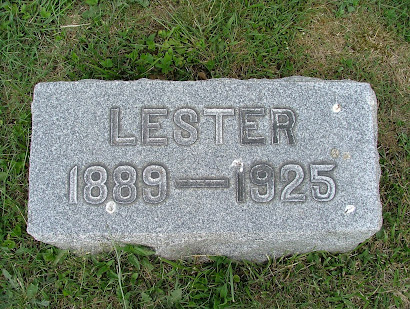 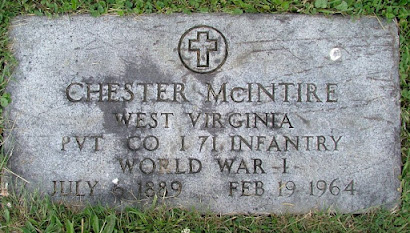 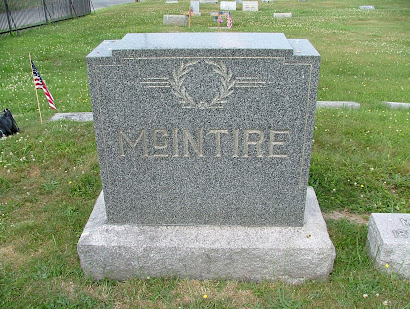 Throughout her married life, Martha’s last name was often spelled McIntyre instead of McIntire.

Martha is a descendent of Henry “Old Hundred” Church for whom the town of Hundred was named.