It’s time to share a few more photos from my husband’s uncle Ralph Murphy’s slide collection. The slides were given to Charlie by his aunt Jean Murphy in 2007 and consist of 15 boxes of slides (thousands) taken by Uncle Ralph, spanning the years 1947 to 1984. Many are scenic shots from their travels across the United States, some are family members, and others friends and co-workers. I converted the majority of the slides to digital several years ago and have been enjoying them ever since.

I imagine most people reading this have been to a circus at least once in their lifetime. I remember going to the Old Municipal Auditorium in Atlanta as a child to see the Yaarab Shrine Circus. The venue was a large building so no tents like the photos in this collection, but still had the same type of acts—clowns, horses, elephants, and tigers.

These photos are the Cole Brothers Circus that came through West Virginia, probably Clarksburg or some city near there. I estimate they were taken in the late 1940s, early 1950s. 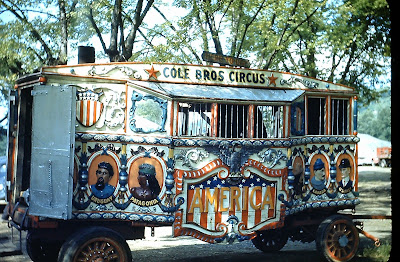 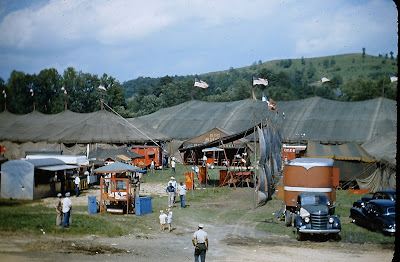 In the next photo, you can see signs for some of the sideshows: an armless marvel, Lady Patricia (sword swallower), Major Mite (little man), Joe Lee (clown), and Judy Allen (lion tamer). 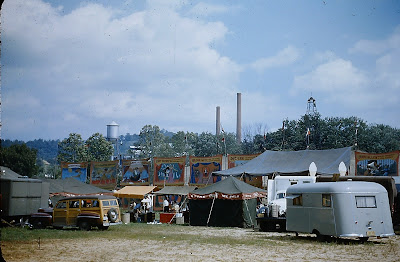 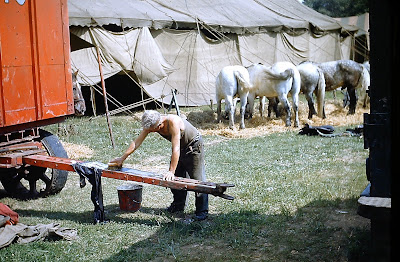 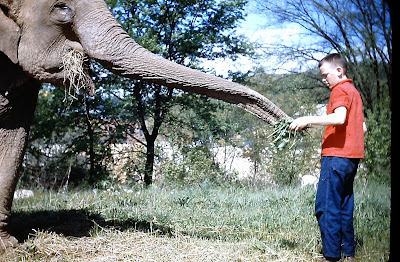 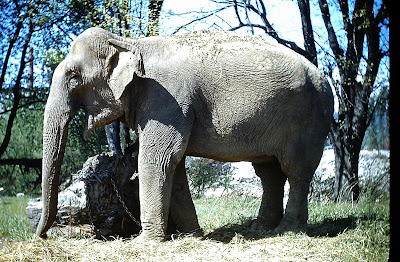 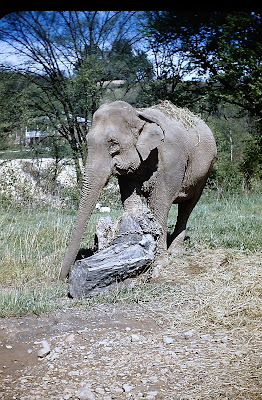