On June 28, 1910, six year old Prince lived with his family in Greene County, Georgia. The enumerator recorded him as Price.

By February 13, 1920, Prince and his family had moved to the Walker District of Greene County. The enumerator got his name wrong again, spelling it as Prence. Prince had not attended school since September 1, 1919, but was able to read and write. At age 16, he was a laborer on the home farm.

Prince married Mary Lee Queen, daughter of Lewis Benton Queen and Cornelia Vandora (AKA Dora) Dellinger, in 1923. At the time of their marriage, Prince was 20 and Mary 19 years old.

On April 16, 1930, Prince and Mary lived in the 141st Militia District of Greene County where he rented his home. Prince was a farmer on a general farm.

Prince and Mary only had one child, a daughter they named Kathryn Loretta Burnett who was stillborn on November 4, 1934 in Greene County, Georgia. Kathryn was buried at Shiloh Baptist Church Cemetery in Penfield, Greene County.

I don’t find a military record for Prince and his death certificate says he never served in the military. I expected to find him in the World War II draft and am curious as to why he didn’t register.

Prince was the owner and operator of an agriculture and cattle farm.

My Daddy remembers his Uncle Prince as the kindest, nicest man you’d ever know. 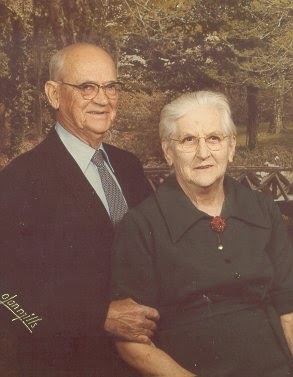 Prince died of a heart attack on May 15, 1993 at the Minnie G. Boswell Hospital in Greensboro. He was 89 years old. The doctor estimated that the approximate interval between onset and death was 30 minutes. Prince was buried at Greensboro City Cemetery. He lived at 1230 Hanson Road in Greensboro at the time of his death.

I joined Amy Johnson Crow’s 52 Ancestors in 52 Weeks 2014 challenge late so I’m continuing to work toward number 52. However, when I can, I plan to map to her 52 Ancestors in 52 Weeks: 2015 edition which has weekly themes. The theme for week 2 is “King.” While Uncle Prince wasn’t a king and in fact doesn’t have anything to do with royalty, I always smile when I think about “Prince Albert” marrying a “Queen.” 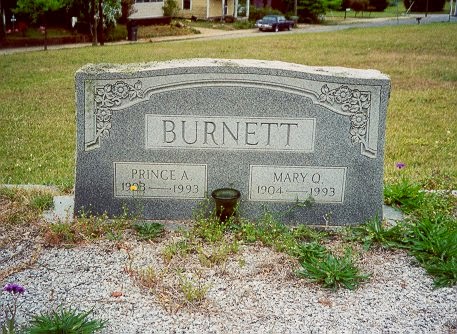