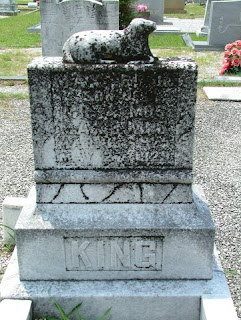 Max’s story is a sad, tragic one. According to the Anderson Independent and Tribune, at about 7:30 p.m. while playing with other children in front of his home in Greenville, South Carolina on May 27, 1929, young Max darted around a parked Standard Oil Company truck and was struck by a new “Ford Machine.” The Ford was driven by 14 year old Carol Campbell, the son of Dr. S. D. Campbell of Piedmont, and rolled about 75 feet before coming to a stop. Max died instantly from a fractured skull. A coroner’s jury, led by Coroner Joe Wooten, determined the accident to be unavoidable with witness testimony “indicating that the driver was powerless to prevent striking the small boy” who was just four years old. 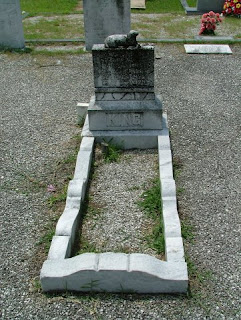 Max was buried at Cedar Grove Baptist Church Cemetery in Cheddar, a rural neighborhood located in Belton, at 4 p.m. the next day. He was survived by his parents, two sisters, Frances Marian King and Laura Jean King, and his grandparents Walter Monroe King and Minnie Lee (Holland) King of Belton.
Posted by Denise at 8:54 PM