The 52 Ancestors theme this week is “Heirloom: What heirloom do you treasure? Who gave it to you? What heirloom do you wish you had?” We have several family heirlooms which I’ve already shared on this blog—a handmade baby gown worn by Benjamin Gordon Smith, a water pitcher that belonged to Electra Burnette Smith, a beautiful bubble glass chalk portrait of Bertha Edna Smith—so this week I’d like to share a large, leather bound Bible my husband inherited when my father-in-law passed away this past January. The Bible once belonged to Anna B. Church, my husband’s great-aunt, and has now been passed down at least three generations. The Bible is large—9.5 x 12 x 2.25. The pages inside the Bible are in great shape but unfortunately the spine is torn and falling apart. Anna must have had a thing for four leaf clovers because inside the Bible are lots of dried four leaf clovers along with a dried flower and leaf. Missing, however, is a record of family births, deaths, and marriages. I can’t tell you how disappointing it was to discover that this information wasn’t there! But I won’t dwell on that and will share Anna’s timeline and photos instead.

On June 9, 1900, 13 year old Anna and her family lived in the Church District of Wetzel County, West Virginia. The census enumerator recorded her as Annie with her birth in February 1887. Her sister Dessie was born in February so perhaps the enumerator confused the month in recording her birth. The enumerator also recorded Anna’s mother Lucinda as the mother of 11 children, 10 of which were living. Anna’s oldest brother George was not recorded with the family so he had apparently died by the time this census was taken.

At the age of 16, Anna married Enos Perry Jackson, a short and stout, blue eyed, brown haired man 11 years her senior. The marriage was performed by James Vanhorn at her parents’ home on July 23, 1903. Perry, born in Silver Hill, Wetzel County, West Virginia on January 19, 1876, was the son of John Josiah Jackson and Lydia Ann Cain. Together Anna and Perry had two children—Otto Virgil Jackson and Carl Edwin Jackson.


On April 25, 1910, Anna and Perry lived in the Grant District of Wetzel County. Perry was a salesman in a general store. They had a boarder named David Ringer (age 53, widowed, born in Pennsylvania) living in the home with them. Anna’s second son, Carl, was born in Smithfield on July 23, 1910.

Sometime before 1918, Anna and Perry divorced. Perry’s World War I registration card dated September 12, 1918 listed his son Virgil as his nearest relative so it’s assumed that Anna and Perry were divorced by this time. Perry lived in Smithfield at the time and was a clerk at Dragoo Brothers there in Smithfield.

Anna married Everett Franklin Evans sometime between 1918 and 1920. Everett, the son of William (Wylie) Evans and K. Jane (maiden name unknown), was born in Marshall County, West Virginia on July 27, 1885. Everett was of medium height and build and had brown eyes and hair. He registered for the World War I draft in Clarksburg, Harrison County, West Virginia on September 19, 1918. He was 33 years old and recorded a birthdate of July 27, 1885. Everett was a teamster with C. A. Harris. His nearest relative was William Evans of Bethany, Butler County, Ohio so I assume the marriage took place after September 1918 or he would have listed Anna as his nearest relative. Anna and Everett lived in Harrison County. They did not have children of their own, nor did they ever own a car. Everett’s nickname was Short or Shorty.

// Revision to original post, April 5, 2020: Several years after posting this, I learned that Anna and Everett did in fact have a child -- a son they named Everett Evans Jr., born on June 22, 1924. Everett Jr. was premature and only lived for nine days. //

On January 19, 1920, Anna and Everett lived alone on Monticello Avenue in Clarksburg, Harrison County, West Virginia. Everett was a driver for a truck company. Virgil (age 13) and Carl (age 9) lived with their father, Perry, in Smithfield.

On April 11, 1930, Anna and Everett still lived on Monticello Avenue in Clarksburg. A lodger by the name of Eva Morris (18 years old and single) lived in the home with them. Everett’s occupation was recorded as driver/horses. I’m guessing the photo below had something to do with that! 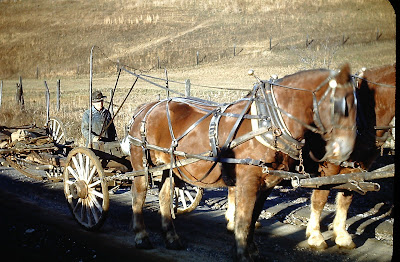 Anna’s brother, Samuel C. Church, died in the Church District of Wetzel County on June 22, 1931. He was buried at Thomas Chapel Cemetery in Wetzel County.

Anna’s sister, Martha Church McIntire, died in Clarksburg, on August 6, 1936. She was buried at Elkview Cemetery in Clarksburg beside her two husbands, brothers Lester and Chester McIntire.

On April 22, 1940, Anna and Everett lived on Crooked Run Road (outside of Gore) in Coal, Harrison County, West Virginia. Everett worked at the Hope Gas Company. The sixth grade was the highest that Anna had completed. Everett attended school through the 5th grade.

Anna’s sister, Dessie Church Murphy, died in Littleton on November 20, 1940. She was buried at Thomas Chapel Cemetery beside her parents.


Anna’s first husband Perry died in Smithfield on September 19, 1948. The immediate cause of death was coronary thrombosis (blood clot) due to acute cholecystitis (a sudden swelling and irritation of the gallbladder). It was further noted on the death certificate that it was thought to be gallstones, possibly cancer, however it was not definitely diagnosed. Perry was buried on September 22 at Barker Cemetery in Smithfield. Ann was listed as Perry’s wife on his death certificate dated/signed September 22, 1948. The certificate recorded Anna’s age as 63 years old. Perry was a retired school teacher at the time of his death.

Anna’s brother Charles Cleveland Church died in Littleton on April 12, 1955. He was buried at Anderson-Bethel Cemetery in Littleton.

Anna died of occlusive arterial disease at Weston State Hospital in Weston, Lewis County, West Virginia on March 29, 1959. She was buried at Green Lawn Cemetery in Clarksburg. Everett died on April 2, 1964 of an intestinal hemorrhage in Clarksburg and was buried beside Anna. The Harrison County, West Virginia Index and Register of Deaths recorded his occupation as farmer and oil field worker.

Anna is a descendent of Henry “Old Hundred” Church for whom the town of Hundred was named.

Anna had two sons so I’m not sure why we have the Bible instead of Virgil or Carl, but we’ll sure take care of it while it’s in our possession. I may even add a four leaf clover to it if I come across one!